Three brothers among 34 men sent to front from neighbouring villages

HUTTON MAGNA is a little place on which the First World War had a big impact.

One hundred years ago, it and its neighbour, West Layton, comprised 55 houses. Even in those overcrowded days, the population of the two villages cannot have been more than a few hundred.

The Hind family suffered the most grievously, losing three brothers. Next weekend their niece, Marian Lewis, is giving an illustrated talk in the village hall about them, and all of the local men who went to fight. 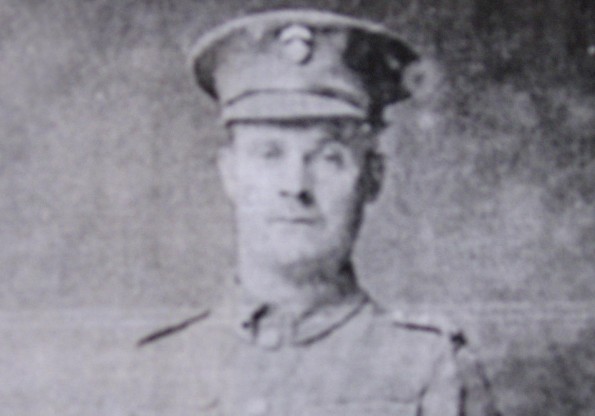 Hutton Magna is almost midway between Barnard Castle and Richmond on the south side of the Tees. Sometimes it is in North Yorkshire, although at the moment it is in Durham.

Its position close to the Roman road – now the A66 – that crossed the Pennines must have been crucial to its existence, particularly after Christmas 1773 when the London to Carlisle stagecoach started galloping along it. 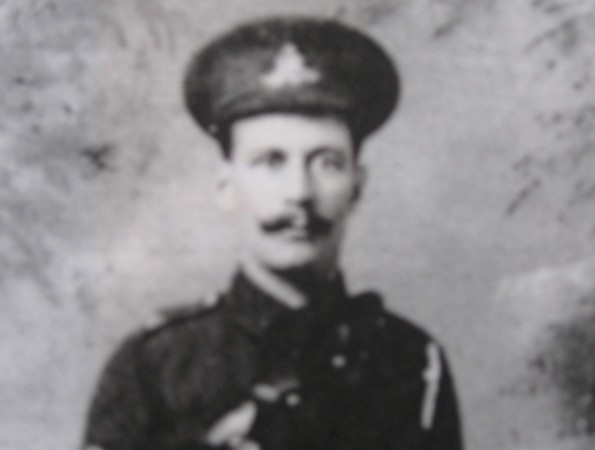 In 1856, a more modern type of transport – the railway – came close to Hutton Magna with the opening of the line from Darlington to Barnard Castle. Winston was its closest station.

Ten years later, the railway crept closer still, with a mineral line running to quarries at Forcett about four miles away. In January 1914, there was serious talk of extending the line to Hutton Magna itself.

But all that talk was silenced by the war. 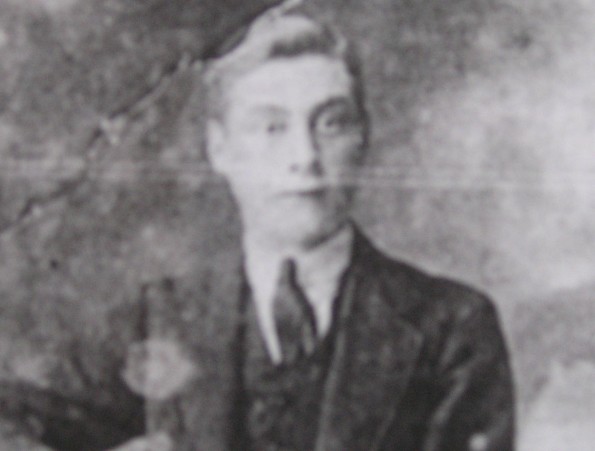 Among the 34 that went to fight were brothers Bertie, John and Gilbert Hind.

Bertie, a farm worker, was the first to die, in April 1917, near the France-Belgium border. He was 26 and left a widow, a son, and a six-week-old daughter, Edna, that he had never seen.

Later that year, Gilbert, a 19-year-old chauffeur for Stubb House, near Winston, was injured serving with the Northumberland Fusiliers in the Western Front trenches, and he died in a Staffordshire Army hospital in January 1918. His body was returned by train to Winston station, loaded onto a cart and pulled by a horse to Hutton Magna where, with a full military funeral, he was buried in the churchyard.

And then John, a Shoeing Smith Corporal in the Royal Field Artillery, died on the Somme on October 17, 1918, after he contracted pneumonia on top of his injuries. He was 32, and left a wife and a son.

“She had had 11 children – one died as a baby, another died when he was nine, and then, in 1908 when she was 45, she became a widow when her husband had an accident with a horse, and died.

“That left her with nine children to bring up, and she lost three of them in the war.” 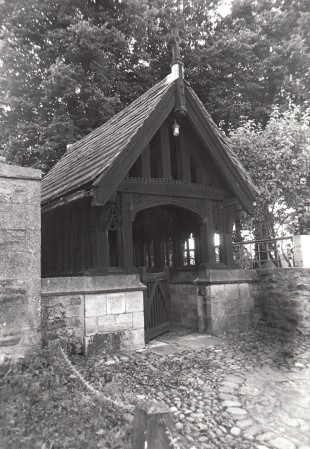 WAR MEMORIAL: Hutton Magna’s memorial takes the form of a lychgate made by Robert ‘Mouseman’ Thompson, of Kilburn

It could have been more. Matt, a teenager, was passed fit for military service but then was called back by the doctor. “Your family has suffered plenty, so I’m rejecting you as unfit,” said the doctor, and Matt returned to the land.

Most villages remembered their dead by erecting a stone monument. Hutton Magna decided to raise £800 for a wooden lychgate to go at the entrance to the churchyard.

It was built by Robert “Mouseman” Thompson, of Kilburn, although it is one of his few works that doesn’t have a mouse on it.

Carved on one of the rich panels is the inscription: “This lychgate is erected to commemorate the men of this parish who, at the call of king and country, left all that was dear to them, endured hardness, faced danger, and finally passed out of sight of men by the path of duty and self-sacrifice, giving up their own lives that others might live in freedom.”

Then come the names of the men who will featured in Marian’s talk: George Barry, Charles Butler, Leeming Clark, James Jackson, Charles Patrick, Wilfred Jackson, John Stockdale and Thomas Thompson, plus Lieutenant Robert Close, the son of the village vicar who led the dedication service.

The Darlington and Stockton Times concludes its report of the service: “Many floral tributes from relatives and friends of the fallen were placed near the tablet after the unveiling. Hutton indeed has reason to be proud of her share in the Fight for Freedom.”

Local men who went to war is the title of Marian Lewis’ talk on Saturday, July 19, at 7pm in Hutton Magna Village Hall. Robin Russell, a North Yorkshire military expert who leads guided tours of the battlefields, will also give a presentation. Tickets are £4. Further information on 01833-627642