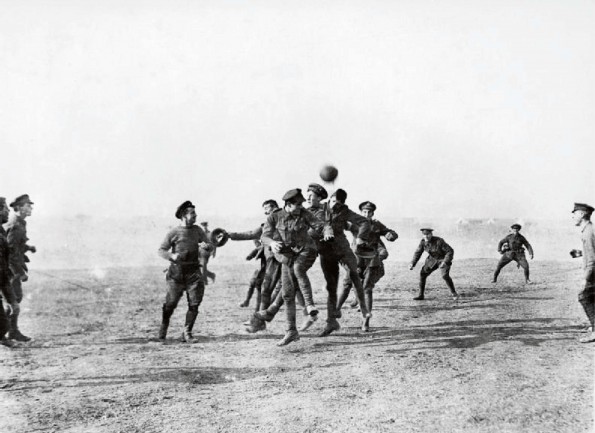 GAME ON: Soldiers pictured playing in the iconic Christmas Day football match on the Western Front in 1914

THE finishing touches are being applied to the recreation of an iconic football match that broke out on Western Front during the First World War.
On Sunday, Saltburn beach will become the pitch for British and German soldiers who put down their weapons and played football in no-man’s land on Christmas Day 1914.

And to mark the centenary of the outbreak of the war, two teams will dress up in vintage army uniforms from the era as the seaside town plays its part in remembering those who made the ultimate sacrifice.

Mr Whiley, who has been planning the event for a year with four helpers, said there would be a small exhibition about the conflict on the pier, a brass band, and a replica of a First World War trench. The day time event will end at 6pm with a bugler playing the Last Post. 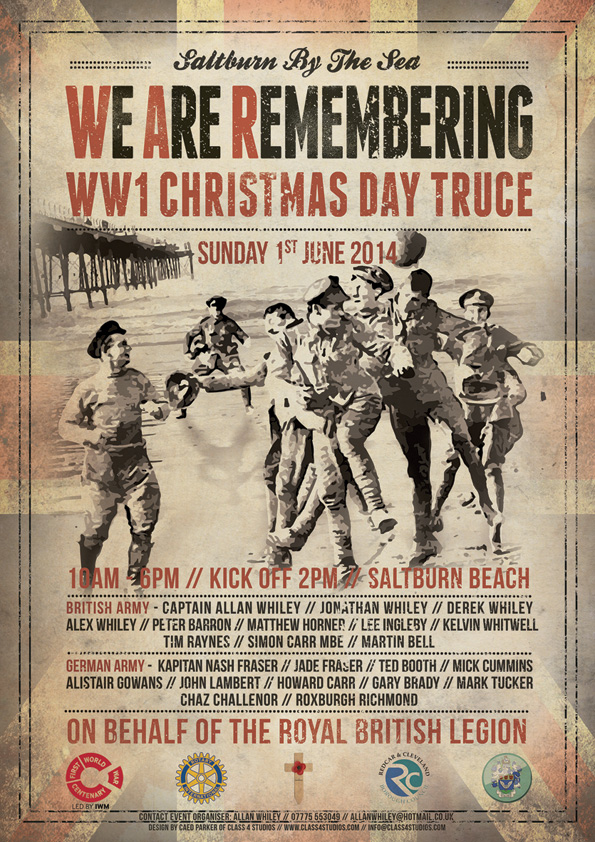 Silent Night, which was sung by German soldiers on the day of the truce football match, will be sung in both German and English.

Mr Whiley said: “It the soldiers had continued playing football instead of being forced back into battle perhaps a lot of lives would have been saved not just in the First World War but the second one as well. We want to commemorate the futility of war.

“We knew we couldn’t do this on Christmas Day, which is when the match actually happened, so we thought we would hold it nearer the time of the outbreak of the war.”

The poppy crosses have been bought by people from Newcastle to Leeds and many hundreds of people are expected to attend what will be a respectful event. Mr Whiley urged people to consider using public transport and again stressed it was not a family fun event but a commemoration of lives lost in war.

The match kicks off at 2pm on Sunday, June 1, but there is plenty going on throughout the day with the event taking place from 10am to 6pm.

A Tiger Moth aircraft will fly over the pitch and there will also be a field of poppies to create a temporary ‘war cemetery’ in tribute to the soldiers who never returned from the battlefield.

Proceeds from the event, to be match funded by Barclays, will go to the East Cleveland branch of the Royal British Legion who will use the funds to restore Saltburn’s War Memorial.