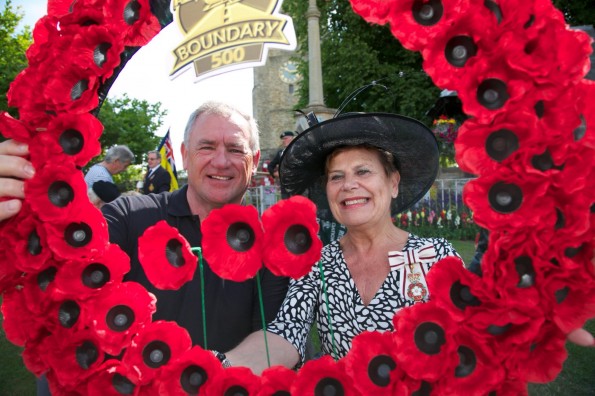 WAR TRIBUTE: Lord Lieutenant Sue Snowdon with Brian Laverick, of the Boundary 500 Motorcycle club, with one of the wreaths. Picture by Keith Taylor

MOTORCYCLISTS have set off on a pilgrimage to the battlefields of France and Belgium to mark the centenary of the First World War.

Members of the Boundary 500 Motorcycle group set off on Saturday after a wreath blessing service at Sedgefield, County Durham.

Crosses will be planted at First World War battlefields and cemeteries.

The trip will end today, 100 years to the day since the first shots of the First World War were fired, at the Menin Gate Memorial, in Ypres, Belgium. 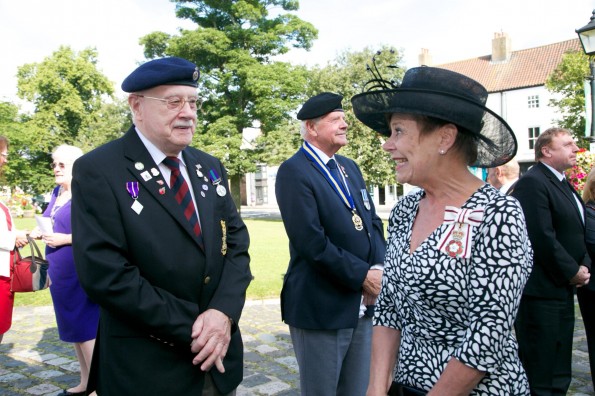 The gate is engraved with the names of thousands of soldiers killed in the war, and the bikers will lay a wreath on behalf of the region during the daily memorial service there.

Sedgefield Village Veterans and Redcar and Cleveland Borough Council are supporting the visit.

Each group has provided 100 crosses to plant in Belgium and France upon which residents have put messages or tributes.

Brian Laverick, founder of Boundary 500, said: “It’s the 100th anniversary of the First World War and we wanted to do something to help mark the centenary and to pay or respects.

“We’ll plant the crosses and then take a photograph of them which we will send back to the person who put the tribute on to it.

“To be asked to take part in the Menin Gate service is a very proud moment for us and it’s a fantastic privilege.” 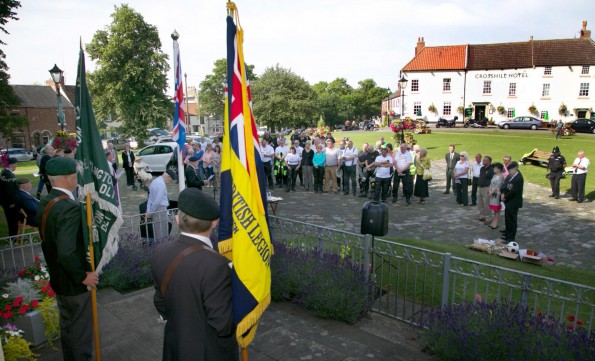 Among the sites to be visited are the Somme, Passchendaele and Arras.

They will also visit a site near to Ypres, in Belgium, where one of the famous Christmas truce football matches took place between British and German troops in 1914.

Veteran David Hillerby said: “It’s one way to mark the war and the fact that it’s the centenary added to the poignancy. We were happy to be involved.”

She said: “I think that we owe a great debt to the people who fought in the First World War. We need to commemorate the war and this is an opportunity to do that.”

Cllr Olwyn Peters, Cabinet member for culture, leisure and tourism at the council, said: “The trip by the Boundary 500 group is a great way of reminding the public of the centenary of the outbreak of the First World War.”