Bishop Middleham determined its war heroes will not be forgotten 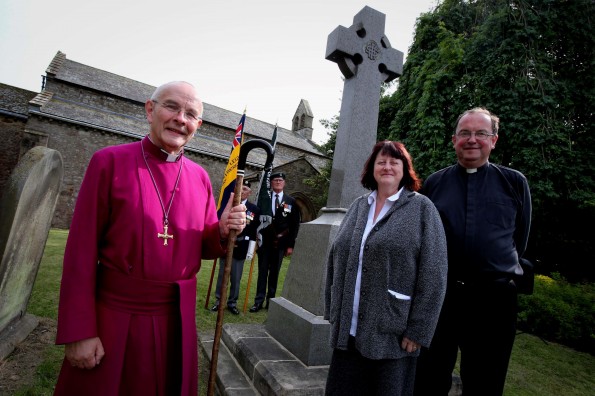 THERE are 29 names on the war memorial at St Michael’s Church in Bishop Middleham, County Durham. Twenty one of these men died in the First World War.

In a conflict that claimed the lives of millions of soldiers, 21 may not seem like a great number but for such a small and close-knit community, the loss was unbearable.

An extract from the autobiography of Reverend Spencer Wade, Both Hands Before the Fire, sums this up. His account of the death of Lance Corporal John Sidney Lee is simple but moving.

“He was the first youth in the village to volunteer for the forces,” writes Reverend Wade, parish vicar during the latter part of the war.

“He was a loveable and much beloved lad, and we were all proud of him.

“He had been in France but a few weeks when word came that he had been killed in action. The village was stunned, and we were all deeply grieved for his loss to us and his parents.”

Before going to war, L Cpl Lee, known as Sidney, was a Sunday school teacher, chorister at St Michael’s Church and assistant Scout master. He was only 20 when he died from his wounds. 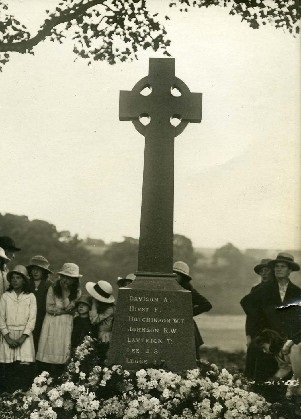 Lee’s story and others like it are told in Bishop Middleham and Mainsforth World War One Commemoration 2014. The book is the culmination of months of research on the part of present-day residents and is just one of the ways the village is honouring its war heroes.

Community spirit remains strong in Bishop Middleham and the project has brought together the parish council, Scouts, Girl Guides, local schools, Sedgefield Village Veterans, the church and individuals of all ages.

Restoring and re-dedicating the war memorial was at the heart of the commemorations.

Earlier this year, Bishop Middleham Parish Council and St Michael’s Church received funding from the War Memorial Trust, the Heritage Lottery Fund and the Four Together Area Action Partnership to carry out vital repairs to the cenotaph.

Residents had become concerned about the deteriorating state of the memorial, as well as its proximity to the bulging church wall and the large drop beyond.

The grant enabled the villagers to move the memorial further away from the wall and re-engrave the names of the 29 men.

In July, at a special church service to celebrate its completion, the Bishop of Jarrow, the Right Reverend Mark Bryant, re-dedicated the cenotaph.

Julie Hall, chairman of the parish council, recalls: “It was a very special day and we were thrilled at the turnout. It was wonderful to see so many people there, including the families of some of the men listed on the memorial.

“We have been overwhelmed by the support and enthusiasm we have received for the project in the community.”

The service also saw the launch of the history book — a labour of love for its contributors Lyndsay Johnston, Hugh Boorman, Eric Potts and Michelle Muir.

The book begins with an insight into what life was like in the parish on the eve of the First World War, featuring photographs, extracts from Rev Wade’s autobiography and pages reproduced from the parish magazine.

It goes on to give a chronology of the war, noting the dates of death of the village’s soldiers, as well as marking local events, including the bombardment of Hartlepool, the formation of the allotment association ahead of the rationing and the gunning down of a German airship.

The researchers then turn their attention to the men; the fallen and those who survived. For Ms Johnston, this was the most moving part of the project.

“I felt like I got to know these young men,” she says. “Reading the old newspapers and parish magazines brought the era to life. Reverend Wade’s autobiography was a great discovery — hearing his account of Sidney Lee’s death brought tears to my eyes.”

The commemorations do not stop there. At 10.30am today, the village will hold its annual Remembrance Day service at St Michael’s Church and on Sunday, November 16, at 2pm, a vintage tea dance will take place at the village hall will raise funds for the Royal British Legion. Entry is £3.

The book is available from the village shop priced £10, with all proceeds to be split between the church, the village hall, Bishop Middleham Primary School and the North East War Memorial Trust.

Copies can also be ordered by contacting Ms Johnston on lindsay.johnston@hotmail.co.uk