Cause of death not linked to enemy action 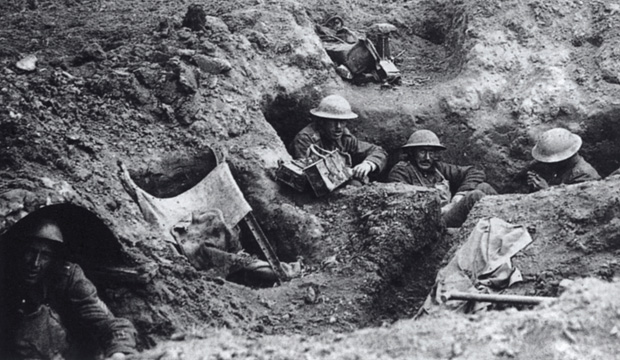 Soldiers in trenches on the Western Front

MEMORIES, as you must be aware by now, is the most extraordinary part of The Northern Echo.

In Memories 156, we treated you to a history of syphilis, an article which you would not find in any other section of the paper.

Now comes an article about an analysis of the history of syphilis. It, too, is probably unique to Memories.

You will remember that our Belgian soldier, Pieter Vermote, who is buried in Winterton cemetery in Sedgefield died in 1918 of “general paralysis of the insane” – a death certificate euphemism for syphilis.

We’ve been quoting a lot from Stephen Nicholson’s research into the 1,045 Darlington men who died in the First World War. At least eight of them at one time had the disease during their military careers; seven recovered only to die of other injuries; one, though, succumbed to “general paralysis of the insane”.

Syphilis was very common – at least ten per cent of the population was infected with it at the time of the First World War.

Stephen points out that in Death’s Men, by Denis Winter (Penguin, 1978), the author lists the causes of death of soldiers in 1917 who were admitted to British hospitals suffering from conditions that were not related to enemy action:

So VD was the biggest killer of British soldiers after the Germans. But then, if you were a young man threatened with being blown to bits in a trench at any moment – or suffering frostbite if a bullet didn’t get you – you too might be tempted to seek solace in the sort of recreation that left you vulnerable to such a disease.