Disease does not dishonour the dead 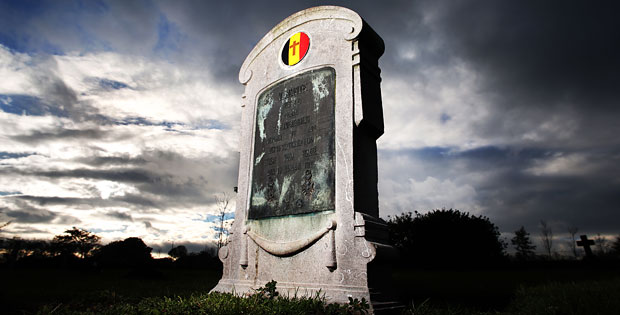 AS many people who’ve delved into their family trees know, history is not always kind and convenient. After ten years of searching, Memories 152 finally told almost the full story of Pieter Vermote, who lies beneath a splendid Belgian headstone in Winterton cemetery at Sedgefield.

Pieter had been badly wounded trying to stop the German invasion of his country in November 1914 and had been evacuated to friendly Britain. He had ended up in Winterton asylum, but was well enough to work at the Belgian munitions factory in Birtley, and to marry a fellow Belgian in London where he had two daughters, one of whom died in infancy.

Pieter himself died in Winterton on January 19, 1918, of “General Paralysis of the insane”.

This, as several people have delicately pointed out, was syphilis, which drove its victims increasingly mad. In fact, it may even have been syphilis that caused Pieter’s daughter’s death, as it can be passed from a father.

Unfortunately, sexuallytransmitted diseases were a way of life during the First WorldWar. Estimates are that more than ten per cent of the population carried the disease and Stephen Nicholson’s research into the 1,065 Darlington war deaths shows that eight of them died of venereal disease.

The celebrities on TV programmes like Who Do You Think You Are? Are often shocked when they discover their ancestors died in this way, but the victims should really be regarded in the same light as those who succumbed to Spanish flu – they were the victims of a wartime plague. The Belgian government honoured Pieter’s involvement in the war by placing an official headstone on his grave.