First World War to be commemorated on stage in Sedgefield 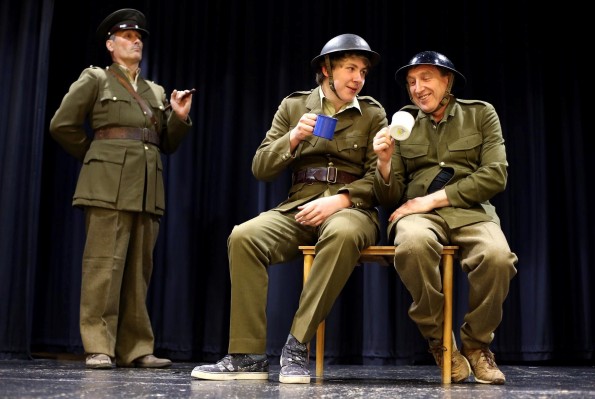 AN amateur dramatics society will commemorate the centenary of the First World War with a spectacular showcase of words, music, drama and dance.

Sedgefield Players’ Not in Sorrow, But in Pride will feature two one-act plays, trench songs, traditional dance and poignant poetry from the era.

Sedgefield Parish Hall, at Sedgefield, County Durham, will be decked out with bunting and wartime posters for the production, which runs from Thursday, June 19, to Saturday, June 21 at 7.30pm.

The night will begin with the venue plunged into darkness, while sounds from the trenches echo throughout the building.

This will be followed by After the Ball, a comedy about officers during the Great War, and Lions and Donkeys, a hard-hitting drama portraying the horrors of trench life.

More than 20 members of the drama group will take part in the production, along with youngsters from Sedgefield Players Youth Section.

Elizabeth Flanagan, of Sedgefield Players, said: “We wanted to pay tribute to the Sedgefield men who lost their lives and we will read out the names on the war memorial at the end of the night.”

Tickets cost £8, including a pie and pea supper, and are available at Tickety-Boo on Sedgefield High Street or from 01740-621771.