Footballer killed in the Somme remembered at Northern League match 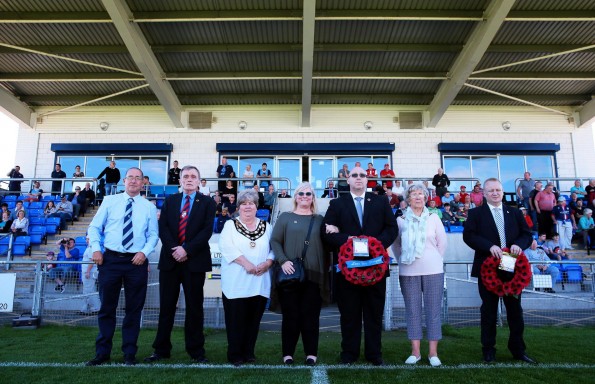 TRIBUTE: The family of Sidney Wheelhouse watched Bishop Auckland v Shildon as part of a celebration in his name. Picture: SARAH CALDECOTT

THE family of a soldier killed in the Battle of the Somme have attended a special football match played in his honour.

Next month marks the 100th anniversary of the death of Sidney Wheelhouse, who turned out for his home town team of Bishop Auckland at the age of just 13 before later playing for Shildon AFC, Grimsby Town and Leyton Orient. 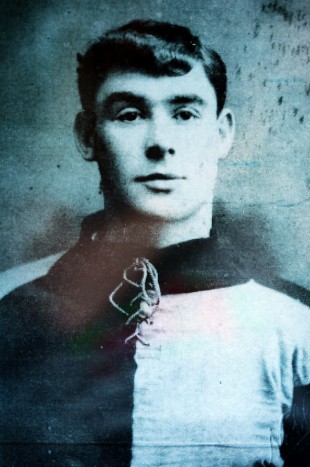 His family started to research his life and the important role he played for his country a few years ago and approached representatives of Grimsby Town, where he was captain, to see if the club would be willing to mark such a milestone.

The Lincolnshire-based club agreed and following conversations with Mr Wheelhouse’s two former North-East clubs it was decided the match between Bishop Auckland and Shildon today would be held in his memory.

“I started this a few years ago and it has built from there,” said his great-grandson-in-law Dean Wilbourne-Kay. “I never expected this to happen but it is a celebration of what he did. We are almost re-living his life for him as he died at 28.”

Great-grandson Mark Blackbourne added: “For us it is an opportunity to remember him and the part he played, not just in football, but life in general.”

Nearly 500 Bishop Auckland and Shildon observed a minute’s silence before the game and a presentation between the family and club representatives from Bishop Auckland, Shildon and Grimsby Town took place on the pitch at half time.

Mr Wheelhouse was among the first players to join the 17th Service Battalion (Football) of the Middlesex Regiment. While they trained they were allowed back to play on a Saturday. The last of his appearances was for Grimsby Town on May 1, 1915 – after that the Football Association suspended the professional league and cup competitions. 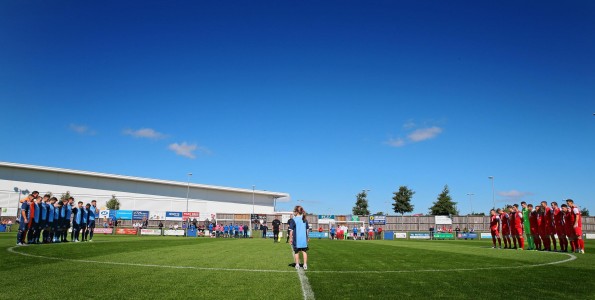 OBSERVED: Players from Bishop Auckland and Shildon take part in a minutes silence before the game. Picture: SARAH CALDECOTT

Nick Postma, chairman of Bishop Auckland FC, said: “Unfortunately we don’t know much about him as our records don’t go back that far but hopefully now we can find out more now and we can keep in touch.

“This is a celebration of someone from our town who has made an enormous contribution to the community and his country. He should never be forgotten.” 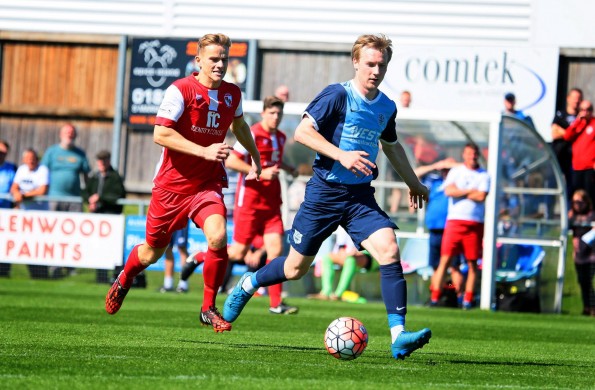 The club is looking to create a museum at Heritage Park with the help of Bishop Barrington School and plan to research more about players from the same era as Mr Wheelhouse.

Lee Mullen, director at Grimsby Town, said he had jumped at the chance to be at the game, which finished 3-2 to Shildon.

“It is absolutely fantastic,” he said. “We had a great celebration last week and we have named a bar after him. This match is a great way for people to honour him.”