Seasonal greetings from the Western Front 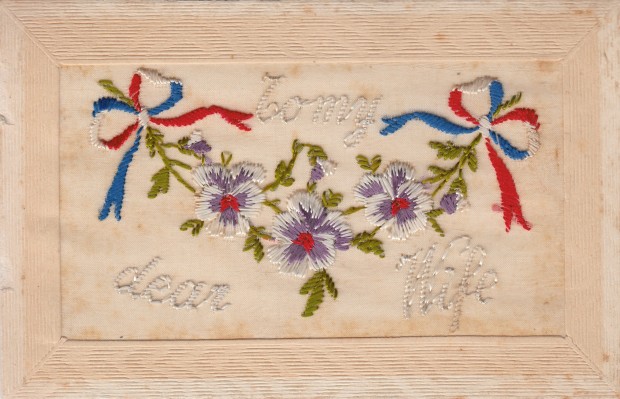 SILK postcards were the preferred method of sending special seasonal greetings home from the Western Front during the First World War.

The embroidered designs were mass produced in factories in Paris and sent to French or Belgian women who lived just behind the front line. They cut them up, glued the designs to a piece of card and sold them to the soldiers. 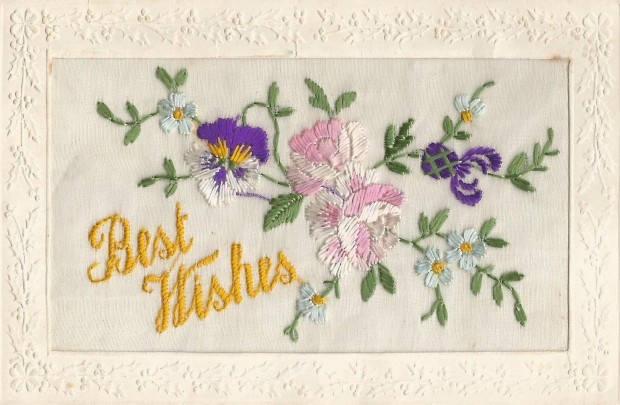 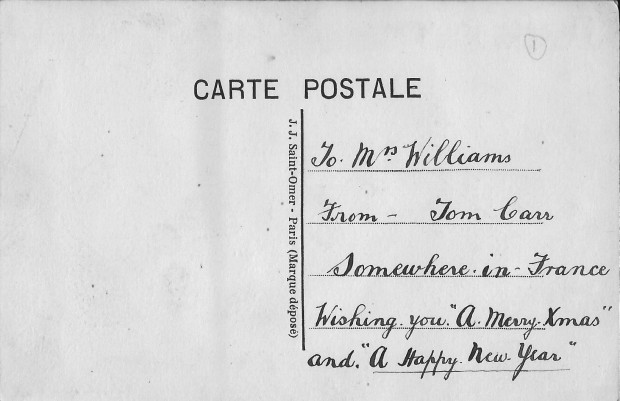 Some of the “silks”, like the second one sent to Mrs Charles Hogg in Shildon, have a little flap inside which the soldier could insert another piece of card with a specific message – birthday or Christmas greetings, for instance – printed on it.