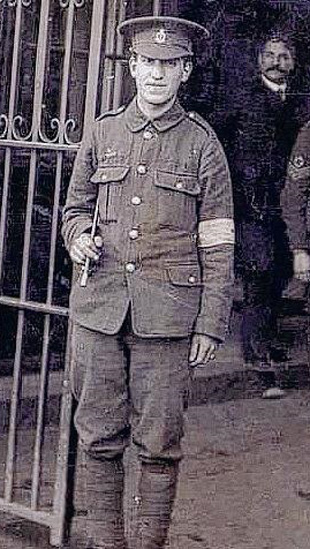 HERBERT worked as a hammer driver at the North-East Railway Works at Shildon, but joined the Royal Army Medical Corps a month after war broke out.

He was sent to Salonika, in Greece, but caught influenza, then enteritis and finally malaria, which caused him to be sent to hospital in Malta on July 21, 1916.

He was shipped back to England but, after more than a year of medical treatment, he was fit enough once more for the frontline. This time he was sent to Rouen in France to work as a stretcher bearer with the Northumbrian Field Ambulance, and for his bravery in rescuing an officer from the battlefield, he was awarded the Military Medal.

Herbert, the grandfather of David Ellis of Newton Aycliffe, returned in peacetime to Shildon and died in Aycliffe in 1960, never having full recovered from the gassing he received at Ypres.