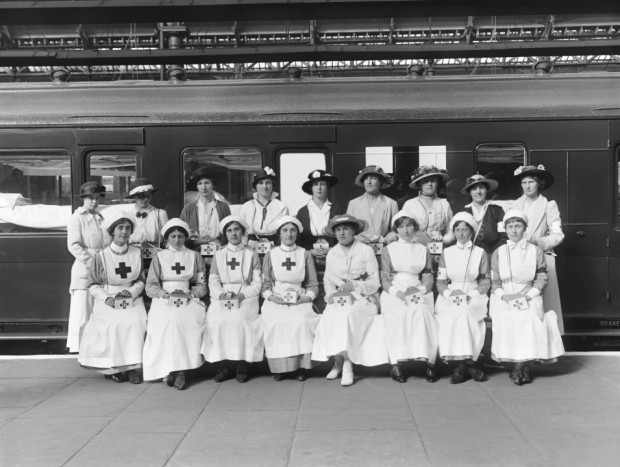 Nurses in front of an ambulance train, 1916. Picture courtesy of the National Railway Museum,
York

A WRITER is to launch his first book which chronicles the history of the North-East railways during the First World War.

Rob Langham will launch his book, The North Eastern Railway in the First World War, at Locomotion: the National Railway Museum at Shildon.

The book tells the story of the men and women who worked on the line between 1914 and 1918.

Mr Langham will be available to discuss the book at Locomotion on Saturday (January 18) between 11am and 3pm and on Sunday (January 19) from 11am to 2pm.

He will also showcase his collection of North-East Railway and First World War memorabilia.

The museum is also hosting a Cab It! event over Saturday (January 18) and Sunday (January 19) where visitors will be able to access the footplates of two diesel engines and a railway snowplough.

Entry is free to both events and the museum is open between 10am and 4pm. Details can be obtained from 01388-777999 or online at nrm.org.uk/locomotion