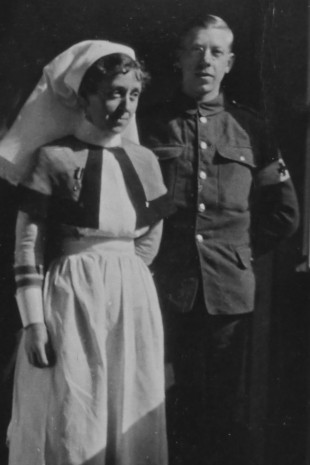 THE story of a nurse who was awarded the Military Medal after she was badly wounded in a German bombing raid during the First World War is part of a new exhibition.

Kate Maxey, of Spennymoor, County Durham, served in hospitals and clearing stations just behind the front line, in France, between October 1914 and the end of the conflict.

Despite being severely wounded in a raid on Lillers in March 1918 she went to the aid of a fatally wounded nursing sister.

She was awarded the Military Medal, the Royal Red Cross and the Florence Nightingale Medal for her actions.

The former nurse, who died in Bishop Auckland in 1969, is one of several people from Spennymoor who feature in the Spennymoor Great War exhibition.

Organised by a Spennymoor Town Hall group, it contains photographs and artefacts showing how the Great War affected lives and is in the town hall until August 30.

Maureen Defty, the great niece of Kate Maxey, said: “It’s great that she is being recognised like this.

“We have provided information and we’ve done a lot of research. We have photos of her and some of her belongings.

“We’ve attempted to find out about her and when we found out about what she had done we were quite amazed.”

Kate Maxey trained in Leeds, in West Yorkshire, before heading to France. Her injuries in the bombing raid included damage to nerves in her spine, and her forehead and legs.

Following the war she moved to Halifax, West Yorkshire, to help run a nursing home. She later lived in London before she headed back to Bishop Auckland.

John Banham, secretary of the Durham County Local History Society, who helped organise the display, said: “It came about due to research into local people during the war. 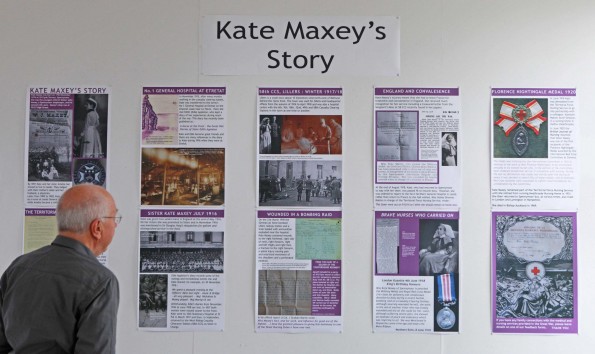 “It was very interesting and we found out lots of facts about people such as Kate Maxey.”

Amongst the other North-East figures featured are former Prime Minister Anthony Eden and aircraft designer Edwin Boyle, who died in an early parachute accident.

The town hall gallery is open from Monday to Friday, from noon to 4pm and on Saturdays from 10am to 2pm with free entry.