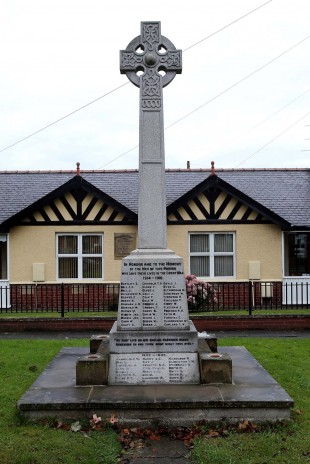 THE curiosity of three children about the names on a village war memorial set their father off on a voyage of discovery to learn about the history and people of West Cornforth, in County Durham.

Now Andy Denholm’s research is the basis of an exhibition commemorating the First World War.

He said: “My children once said they could see the surnames of people they knew on the war memorial.

“I’d already been researching my family and wanted to answer their questions, so I started digging around and years later it is a passion, I have lots of information and want to record and share it all.”

For the exhibition, Mr Denholm has focused on the personal stories he has discovered about people in Cornforth, Metal Bridge, Tursdale and East Howle and those who went to war.

Among those he studied were the five male teachers from Cornforth who served with the forces during the First World War.

All but one returned to the village school to resume their teaching posts.

The unlucky one was the assistant schoolmaster, Lance Corporal Thomas Ferguson, who served with the Durham Light Infantry and was killed in action on October 9, 1917.

He is buried at Buttes New British Cemetery, at Polygon Wood, in Belgium.

The schoolmaster at Cornforth Lane School was Allan Summerbell, who was headteacher from 1910.

Having already served with the Durham Light Infantry, he returned to the DLI’s 4th (Extra Reserve) Battalion. 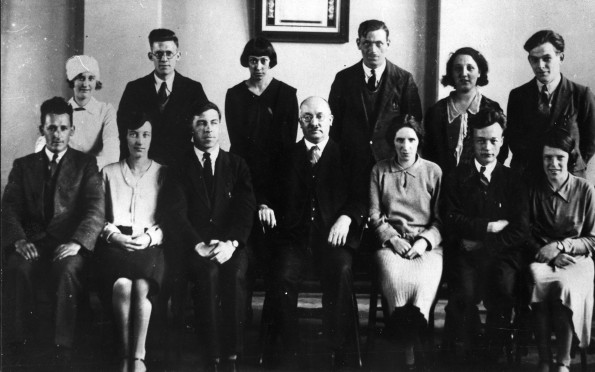 On August 24, 1914 he wrote in the school logbook: “Today I rejoin my regiment 1/8th DLI having been mobilised”, though a later entry suggests he actually returned to Army service in summer 1916.

He was stationed at Seaham and rose to the rank of Colour Quarter Master Sergeant. After the war he returned to the village and is buried in the Holy Trinity churchyard.

L Sgt Sheldon’s granddaughter, who works in the kitchen at West Cornforth Primary School, asked him to find out more about her heroic ancestor.

Born in Ferryhill, in 1882, to William and Mary Sheldon, he married Sarah Newby in 1903 at St John’s Church, Kirk Merrington, and had children Norah, Mary Jane, Margaret Annie, Hannah and William Martin. He served with the 8th Battalion East Yorkshire Regiment and lost his life in action in France.

Newspaper reports from October 1915 show he was reported wounded and missing but the following month it was confirmed he had been killed on September 26, 1915, aged 33, and buried in Vermelles British Cemetery, in France.

Mr Denholm visited the cemetery during a history trip to France and Belgium.

He said: “It was completion for me and a chance to pay my respects.

“I’d got all this information; I knew who his parents were, where he was born, grew up, how he’d come to the village to work and lost his life serving for his country and even now his family who are still here.

“Who’s to say anyone had ever been out there for him?

“A lot of headstones are being replaced at the moment and I didn’t have long. I didn’t manage to find his grave, but I placed a cross as a tribute to him and his regiment.”

The content of Mr Denholm’s exhibition will change depending on what people want to learn about and it could run until the end of the year.