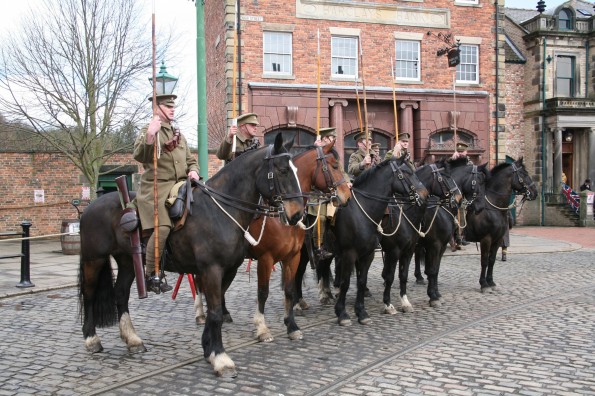 CENTENARY: Beamish Museum marks centenary of the Battle of the Somme.

THE centenary of the Battle of the Somme is being commemorated at a North-East museum with a weekend of activities.

Beamish Museum, near Stanley, County Durham, will remember the soldiers and communities affected by the devastating First World War campaign from Friday, July 1 to Sunday July 3.

The weekend will include re-enactment groups, bands and displays, and the stories of the region’s soldiers at the Somme will be shared.

On Friday, 1st July, 100 years to the day since the battle began, a minute’s silence will be held at 11am.

A procession will take place on Saturday and Sunday at 2pm featuring bands, infantry and others involved in the event.

Beamish historic events officer, Paul Foster, said: “The region was so heavily involved in the Battle of the Somme and the loss was felt across the area so, on the 100th anniversary, we wanted to remember those who lost their lives and the communities left devastated by the campaign.

“During the centenary of the First World War, Beamish has been commemorating different aspects and events of the conflict.

“The Battle of the Somme was a key event, which comes to everyone’s mind when you think of the war, we felt it was important to commemorate this centenary.”

The event will include performances by the Borneo Band and Durham and Northumberland Wing ATC on Saturday and Sunday.

Visitors can see the Manchester Regiment First World War re-enactment group on Sunday and the Gordon Highlanders (Friday and Sunday) and the Durham Pals living history group all weekend.

The museum will be sharing the stories of local soldiers involved in the Somme, including Thomas Hewison, Thomas Pascoe and Reginald Baty, and the effect on North East communities.

On Saturday and Sunday, St Aidan’s Cub Scouts, from Grangetown in Sunderland, will perform a song they have have written about Sunderland footballers’ experiences during the Somme, working with Beamish and Lake Poets musician Martin Longstaff.

For more information visit the Battle of the Somme Centenary programme of events at www.beamish.org.uk.

The Northern Echo is campaigning to raise £20,000 for a fitting memorial to the DLI soldiers who fought at the Somme.

Anyone wishing to support the appeal can make cheques payable to Former Charities Of The Durham Light Infantry and send them to: The Rifles Durham Office, Elvet Waterside, Durham DH1 3BW.