Tanfield Railway to transport visitors back to First World War 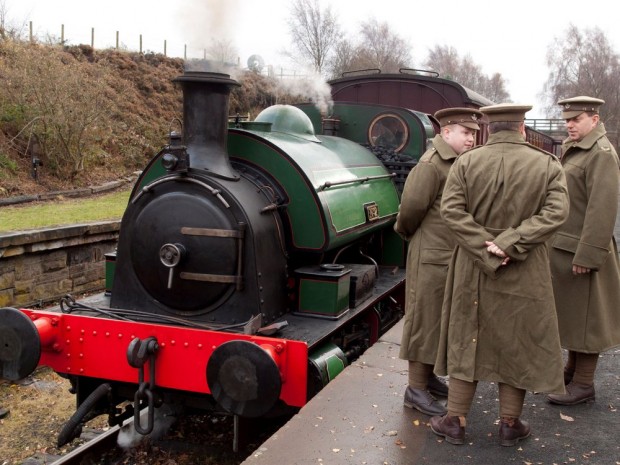 A STEAM railway will transport visitors back in time during a weekend of events to commemorate its role during the First World War.

Tanfield Railway, near Stanley, County Durham, has teamed up with military re-enactors Durham Pals to bring back the sights, smells and sounds of the Great War tomorrow (Saturday, March 29). The re-enactment will pay tribute to the tens of thousands of North East men who used the railway to travel to the frontline during the 1914-18 conflict.

Visitors will see Durham Pals in replica period uniform to perform drills, marching and parades. A field kitchen is also being set up for visitors to sample the kind of food that would have provided sustenance for soldiers on their way to the trenches.

Also on display will be a collection of rare surviving military vehicles including a unique Crossley Tender personnel carrier. Thousands of which were built between 1915 and 1918 and sold off into civilian use, however it is thought that this 1918 built model is the only one to have survived un-altered.

Tanfield Railway director, David Watchman, said: “The railways played a massive role during the Great War, carrying troops and supplies across the country for dispatch to the front line.

“Many railwaymen paid the ultimate sacrifice. It’s important that their role is not forgotten and this event is an opportunity to bring their story to the attention of young and old alike. ”

Steam train services will run from 10.30am to 3pm on Saturday and Sunday with re-enactments taking place at various locations along the line.

Admission is £9 for adults, £6 for senior citizens, £5 for children and free for the under fives.