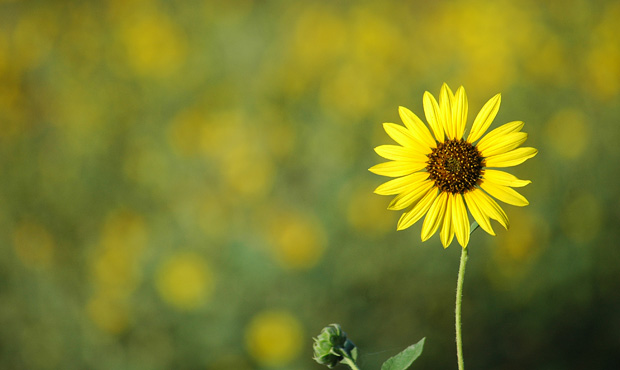 IN MEMORY: Sunflowers will be planted across Stockton borough

THOUSANDS of sunflowers will help paint a North-East town gold this summer in tribute to its soldiers who fell in the First World War.

Packets of sunflower seeds will be handed out from April, and the flowers will be cut down in August to signify the lives lost prematurely during battle.

Stockton Council’s “1,245 Sunflowers” project will be at the centre of a programme of events and exhibitions to mark the centenary.

In April people living in the Stockton borough will be invited to collect sunflower seeds to plant in memory of those who fought and died in the war.

Each seed pack will represent one of Stockton’s fallen soldiers and will be issued with tags bearing the name and date of birth of the soldier to tie around the plant stalks as they grow.

It will honour the 1,245 soldiers listed in Stockton’s Book of Remembrance who gave their lives to fight for their country.

Councillor Bob Cook, Leader of Stockton Council, said: “This moving project is a wonderful way to commemorate the centenary and honour local people who fought and died during the First World War.

“Although sunflowers are not traditionally associated with the war, the bright flowers have been chosen to signify the vibrancy and youthfulness of those who fought in the war and whose lives were ended in their prime.

“I hope people remember those who gave their lives and help turn the Borough gold by picking up a seed packet and planting a sunflower of their own.”

Seeds will also be offered to schools, businesses and community groups to grow memorial flowers.

Teacher Mike McGrother who is also frontman of the band Wildcats of Kilkenny, is leading the project as the council’s “creative partner”.

He said: “One hundred years after Britain – and Stockton – joined the war, we will remember them not just as soldiers but as the ordinary people of Stockton, who paid an extraordinary price for their town and their country.

“Significantly, sunflowers are expected to reach full bloom at the end of the summer but these will be cut down early in August as a fitting tribute to the lives lost prematurely during battle.”

The project will end in a special event on 4 August, the 100-year anniversary of Britain entering the war.

Details of the event, and the seed collection arrangements, will be confirmed in the coming weeks.

For updates on the project and other commemorative events across the Borough, visit www.stockton.gov.uk/events.