Cartoonist that boosted morale with “vulgar caricatures” of British soldiers 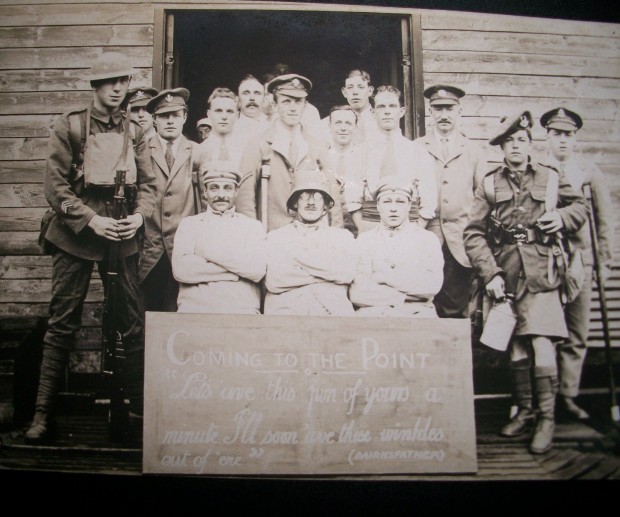 MAKING LIGHT OF IT: A postcard in Tom Stafford’s collection in which soldiers and medical staff are re-enacting a Bairnsfather gag entitled “Coming to the point”. The board in front of this motley collection of medics reads: “Let’s ’ave this pin of yours a minute, I’ll soon ’ave these winkles out of ’ere.” A pin in Bairnsfatherspeak was a bayonet; the winkles were pieces of shrapnel; the result must have been unspeakably painful

ON the cover of Memories 168, there was a postcard showing First World War soldiers who had had bits of their bodies blown away.

They, though, were surprisingly happy, raising their crutches and walking sticks for the camera, and saluting with their false limbs.

“Fragments from France” says the caption beneath the broken, but unbeaten, men. 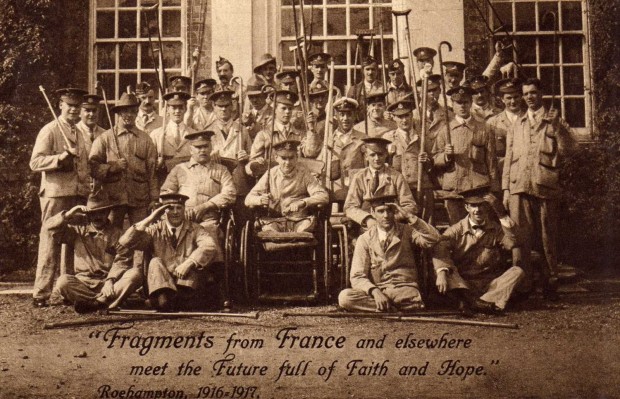 This postcard is in Pte Bailey’s archive as he was treated at the same hospital following the loss of his leg. Perhaps he considered himself a “fragment from France”, to coin Bairnsfather’s phrase

Tom Stafford has been in touch from Eaglescliffe to point out that this phrase, coined by cartoonist Captain Bruce Bairnsfather, was one of the most popular of the war.

Bairnsfather, a pre-war advertising artist, was a machine-gun officer on the Western Front until April 1915 when he was injured in the Second Battle of Ypres. 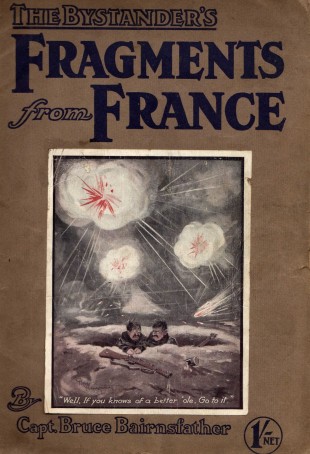 COVER STORY: Captain Bruce Bairnsfather’s cartoon magazine Fragments from France, featuring his most famous skit: “Well, if you knows a better ’ole, go to it’. Memories 168 told of Private William Bailey, from Thornaby, who lost a leg on the Somme. Perhaps he was aware of this Bairnsfatheresque postcard, which is now in Tom Stafford’s collection

As he recuperated, he worked on his trench cartoons which starred his most enduring character: Old Bill, a curmudgeonly, walrus-moustached, balaclava-clad, pipesmoking Tommy who was “dull, dim and honest”.

His first cartoons appeared in The Bystander magazine and were immediately successful. On November 24, 1915, The Bystander published his biggest hit: there are two British soldiers in a sodden shellhole with bombs exploding all around them, and the catchline: “Well, if you knows a better ’ole, go to it.”

This proved so popular that in 1916, the magazine published the first of eight collections of Bairnsfather’s work which were entitled “Fragments from France”.

Each magazine sold about a quarter of a million copies at one shilling each, and its title became a popular phrase that even injured men were happy to be associated with.

However, at first, the authorities did not like Bairnsfather’s “vulgar caricatures” of the British soldiers, but when their popularity boosted morale, the artist was given a job in the intelligence department of the War Office, where he drew similar cartoons for French and American soldiers.

Today, Bairnsfather’s work – as well as magazines, his drawings inspired postcards, pottery, plays, dolls and even a film – is keenly collected, and Tom Stafford’s house overflows with memorabilia.