A TOWN REMEMBERS: Thornaby residents mark the unveiling of a plaque honouring all the townspeople who served in the First World War

THE grand-daughter of a Victoria Cross winner was the guest of honour at a ceremony paying tribute to all the men of a North-East town who served in the First World War.

Sergeant Edward Cooper was armed with only a revolver when he single-handedly stormed a German blockhouse, silenced the machine guns inside and taking 45 prisoners. 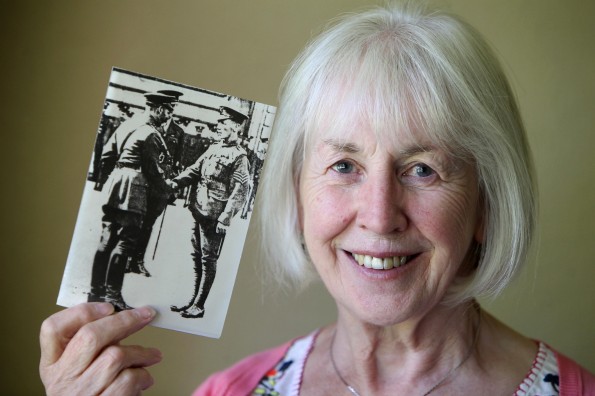 On Saturday, his granddaughter Liz Bell was at the Pavillion Shopping Centre in Thornaby, near Stockton, to hear the town’s mayor pay tribute to Sgt Cooper, who lived in the town for many years.

He was just 21 and a sergeant in the 12th Battalion, The Kings’ Royal Rifle Regiment (KRRC) at the time he earned his place in military history by winning the VC on August 16, 1917 at the battle of Langemark, one of a series of actions during the Third Battle of Ypres, more commonly known as Passchendaele.

His granddaughter, a retired schoolteacher from Gateshead, said: “I am very touched by it and delighted to have been asked to take part to speak about him as he was a very brave yet quiet and gentle man.

“At one point all our family lived in Thornaby and I remember it as a very special time in a special place.

“My grandfather lived into his eighties and I therefore knew him well.

“To me, he was my grandfather and it was only as I grew up that I gradually discovered what he had done in the First World War and what a brave man he was.

“He was quite humorous and a very loving man. He was also quiet and gentle man is both senses of that word. He was also very polite and was of the generation when men always raised their hat when they met someone they knew in the street.” 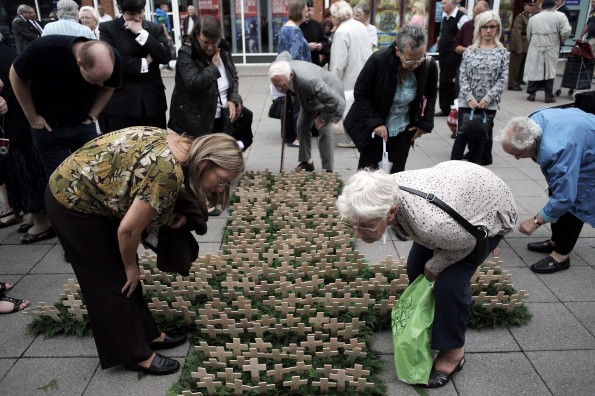 Known to everyone as Ted, her grandfather was turned down as being too young at 18 on his first attempt to join the army soon after war broke out in August 1914. Undeterred, he returned to the recruiting office and was allowed to join the colours after lying that he was a year older.

As well as being awarded the VC, a year later as a Lieutenant, he was awarded the Medaille Militaire in June 1918, the highest award given by France to non-nationals for ‘gallantry beyond the call of duty’.

At the end of the war he came back to Stockton and married his wife Iris in 1919. He returned to work at the Co-operative and became a manager at Stockton in 1938. The couple had three sons, eight grandchildren and a number of great-grandchildren. 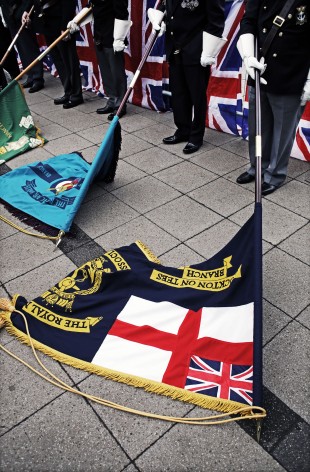 When the Second World War broke out in 1939 he again answered his country’s call and was commissioned as a major, taking command of the Home Guard Unit at Thornaby.

In peacetime he was keen to contribute to civic life and served as president of Thornaby British Legion and was instrumental in the building of the town’s war memorial, which contains 360 names from the First World War.

In his 68 years of life after winning the VC he only missed one Remembrance Day service and that was due to ill-health. He died at the age of 89 shortly after being made an honorary freeman of Stockton.

The Mayor of Thornaby, Councillor Sylvia Walmsley, who unveiled a plaque paying tribute to all the men from Thornaby who served in the First World War, said: “As a council we are proud to celebrate the courage of members of our community who paid the ultimate price for our freedom.”