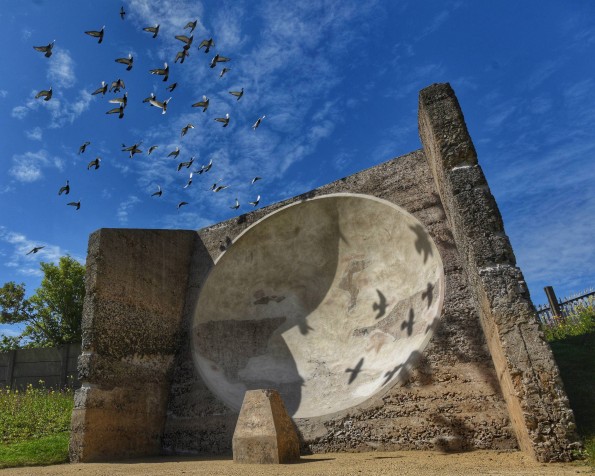 UNIQUE: The Fulwell Acoustic Mirror, which was built to help detect German airships following a series of Zeppelin raids on the North-East coastline during 1915 and 1916

Fulwell Acoustic Mirror’s historic value went unrecognised for many years and its deterioration led to its inclusion on the Historic England – previously known as English Heritage – ‘Heritage at Risk’ register.

This triggered a partnership between Sunderland City Council, Historic England and Limestone Landscape which has led to its sympathetic restoration.

The Acoustic Mirror was built to help detect German airships following a series of Zeppelin raids on the North-East coast from 1915 to 1916.

It was designed to act as an acoustic early warning system against air raids, after a bomb dropped by a Zeppelin over the Wheatsheaf area of Sunderland in April 1916 left 22 people dead and more than 100 injured.

The mirror worked by reflecting sound detected by a microphone in front of the dish to an operator who could alert the authorities of approaching Zeppelins.

Using sound detection methods learnt in the trenches, it was designed to give a 15-minute warning of approaching enemy airships Today, the concrete structure, with its rendered concave dish tilted upwards to watch the sky, is one of only six acoustic mirrors built during the First World War to survive. It is also one of only 10 scheduled ancient monuments in Sunderland.

In 2013 Sunderland City Council secured funding from Historic England. This, together with money allocated to Limestone Landscape Partnership from the Heritage Lottery Fund (HLF), allowed work to go ahead to save the structure and enabled it to be taken off the Heritage at Risk register. 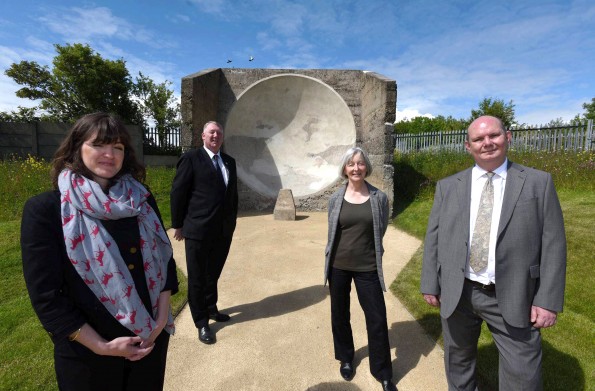 “The restoration has give the acoustic mirror a new lease of life by preserving it for future generations almost a hundred years after it was build to defend our shores.

“This, along with new interpretative material will make it more accessible to residents, groups, schools and visitors as a unique heritage tourist attraction and educational resource.”

Sited 300 metres north west of Fulwell Windmill, access to the site is along a track off the A1018 Newcastle Road, behind the VW garage.