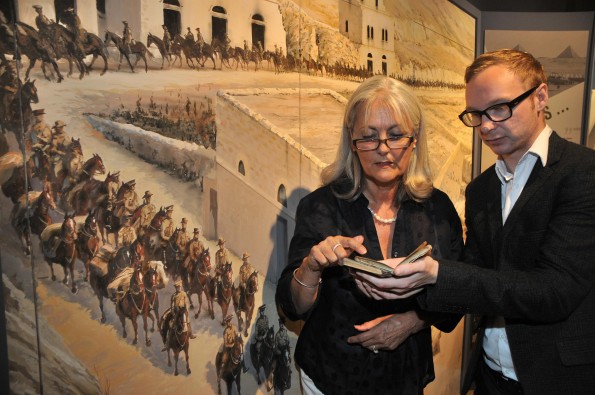 WILLIAM “Wass” Reader fought in the Middle East, taking part in the Palestine Campaign between 1917 and 1918, but little is known about the man himself other than he survived the war.

He served in C Squadron of the 1st East Riding Yeomanry and throughout his service kept a diary of his time so far from home. 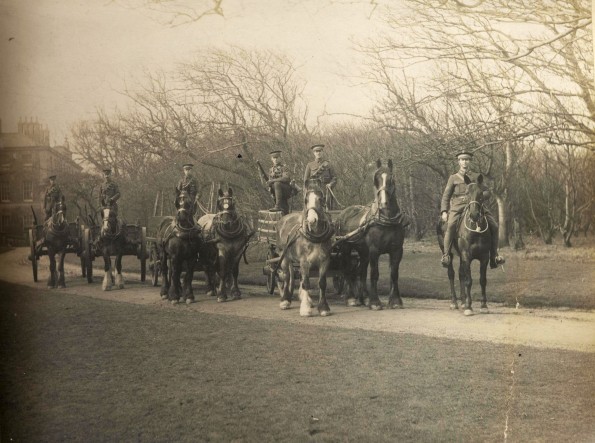 DIARY KEEPER: Wass Reader is standing in the wagon, third from left, in this picture. (Courtesy of Hedon Museum)

His precious notes were discovered in a forgotten box in stores at York’s Castle Museum a few months ago but their contents initially remained a mystery as they were written in shorthand.

But with the help of a small army of volunteers they have now been decoded – and they give a fascinating insight into the life of an ordinary soldier. 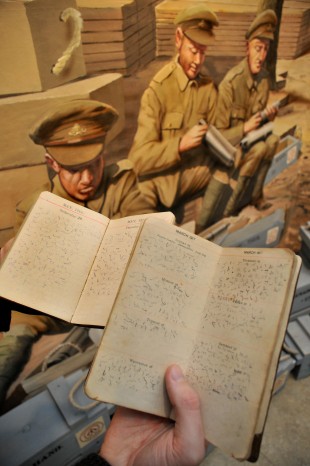 He writes of breeches thick with lice eggs, being shot in the shoulder and witnessing limb amputations as he lies in hospital.

And those experiences are contrasted with games of football, Christmas celebrations and the “good looking nurses” who tend to him.

Assistant curator of history Philip Newton said: “Wass’s thoughts, concerns and comments on the events going on around him are truly fascinating.

“Here is a down to earth young lad thrown into a world of chaos, harsh conditions and bloodshed who is describing his life in such a way that it is impossible not to warm to him.

“His matter of fact language and his accounts of football, Christmas drinks with friends and his relationship with the nurses also hits home that this is an ordinary young man not too different from young men today.”

Wass’s accounts of the conflict include seeing air battles overhead and being shot in the shoulder while galloping on his horse to take control of a village.

He mentions the good times, such as Christmas drinking with friends, where he writes: “I will draw a gentle veil over the events of the evening, but thank goodness Christmas only comes once a year.”

But that is contrasted with the horrific injuries of fellow soldiers and one grim New Year’s Day spent by the ocean looking for bodies of 150 nurses washed up from an incident at sea.

And Armistice Day, when it comes, is greeted with capital letters: “PEACE AT LAST! Everybody here went mad last night and the air was simply full of fairy lights, rockets, etc…”

The diaries are now being featured in the museum‘s major new exhibition on the First World War, called simply1914: When the World Changed Forever.