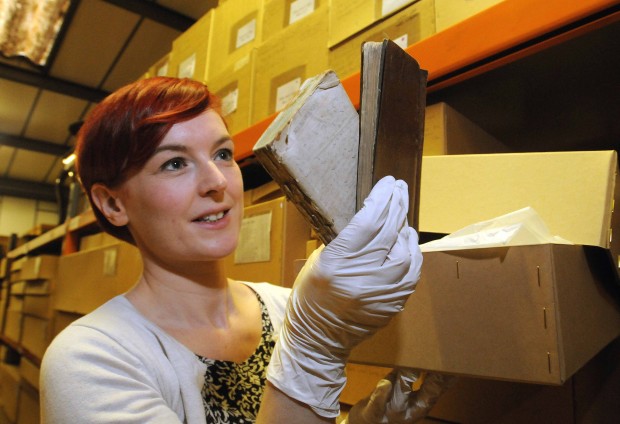 Katie Brown, the Assistant Curator of History for the York Museums Trust with the First World War diaries

A MUSEUM has appealed for help to translate two diaries written in shorthand by a soldier during the First World War.

York Castle Museum said it had unearthed the diaries in its archive and it was believed they contained details of the Palestine Campaign, which was fought between the British Empire, Ottoman and German empires between 1915 and 1918. 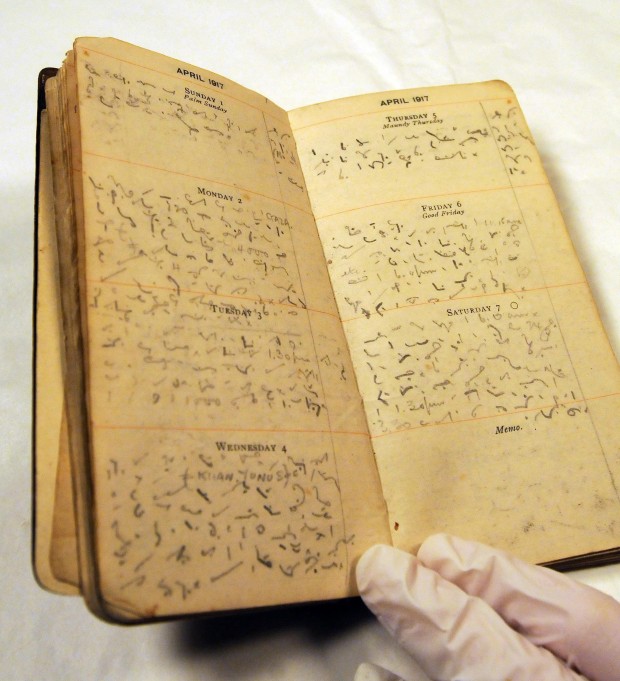 One of the First World War diaries that were discovered

The diaries cover the period in which battles were fought in Gaza, Nazareth and Jerusalem.

The museum hopes to decipher some of the text to see what they can tell us about Reader’s life and the campaign he fought in.

A museum spokeswoman said it had not been able to work out which shorthand writing system was featured in the diaries.

She said: “This is such a fascinating project; we have in our possession two diaries from nearly 100 years ago, but we can’t understand what has been written in them.

“It would be fantastic if volunteers from the public could give us any insight as to the content of the diaries and tell us more about the shorthand itself.”

The diaries will be on display as part of the 1914: When the world changed forever exhibition, which will open on June 28, 100 years to the day that Archduke Franz Ferdinand was assassinated, which sparked a chain of events leading to the outbreak of war.

Anyone wanting to help translate the diaries can call 01904-650363 or email katie.brown@ymt.org.uk