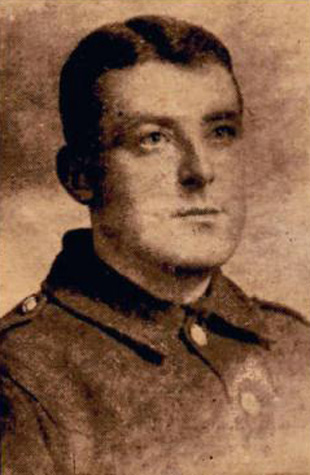 THE Wake brothers came from Bamburgh, where their father was the castle lodgekeeper. There was five years between them but, according to a newspaper cutting, “they were very much attached to each other, being the youngest of five sons”.

They were both keen sportsman, with Tommy, the eldest at 25, being a county-level footballer, and both joined the Northumberland Fusiliers at Alnwick shortly after the outbreak of war.

They trained together and, in the spring of 1915, they were sent together to the Western Front where they both lasted just two days.

“Unfortunately for these two gallant youths, their luck was of short duration, being killed early in action on the same day and only a few yards from each other,” says the cutting.

They died near Ypres on April 26, 1915. Neither of their bodies were recovered and so both their names appear on the Menin Gate. 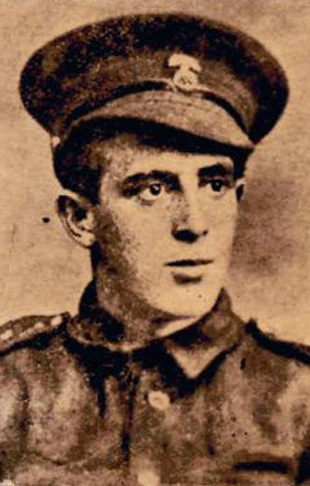 Their great-niece, Sandra Willoughby of Newton Aycliffe, still has the poem that an unknown Northumberland Fusilier composed in the trenches on the day after he saw the brothers fall.

He called it The Canny Lads from Bamburgh and it tells of their tragically short war:

We soon got face to face with Huns,
Who had their big ‘Jack Johnson’ guns,
They tossed the shrapnel in by tons,
On the canny lads from Bamburgh.

And it just seemed to be our luck,
But on we went with British pluck,
When a piece of shrapnel came and struck,
Two canny lads from Bamburgh.

They faltered, then on their face they fell,
Beside them I knelt down as well,
And how they died just I can tell,
The two canny lads from Bamburgh.

Rather than be German slaves,
They lie buried amongst the braves,
I wrote on wood across their graves,
The two canny lads from Bamburgh.

They volunteered to cross the sea,
To fight for king and country,
And fell for England’s liberty,
The two canny lads from Bamburgh.

All the boys join in and send,
Their best respects to all their friends,
On Providence, it all depends,
On the canny lads from Bamburgh.