Hero learnt of his Victoria Cross by reading the paper 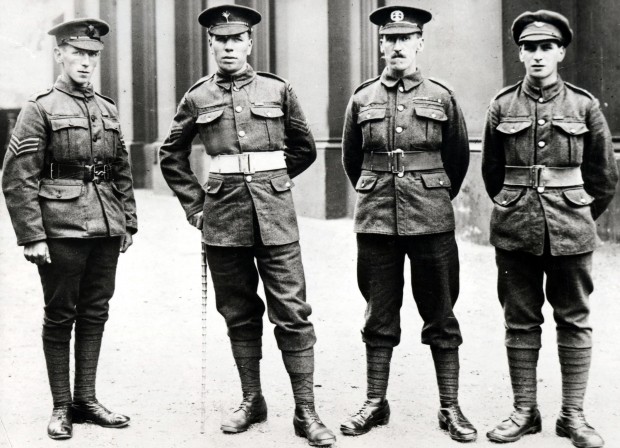 THE story of Stockton’s only Victoria Cross winner who inadvertently sparked the protest against the “damnable banquet” is worth re-telling.

Edward Cooper was born in Portrack in 1896, left school at 14 and worked as a fruit cart salesman for the Stockton Cooperative Society until 1914 when, lying about his age, he joined the King’s Royal Rifle Corps.

He survived two years on the Somme before his date with destiny: August 16, 1917, at Langemarck, in Belgium.

With the Third Battle of Ypres exploding all around him – it was fought in the wettest weather for 75 years over land already pounded into lifeless mud – he found himself second-in-command of a platoon of 30men. Their orders were to take a German blockhouse – a pillbox, containing eight machine guns – in the centre of the village which had somehow withstood a massive British bombardment.

As Sergeant Cooper and his men approached, they were cut down by German fire. 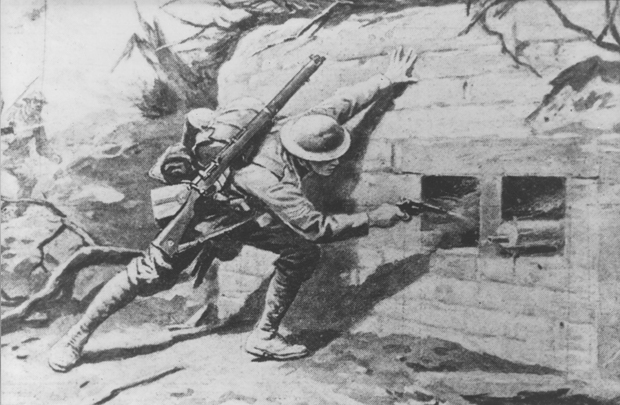 An artist’s impression of the moment Sgt Cooper, his rifle over his shoulder, approached the German blockhouse from the blindside and fired his pistol down a machine gun’s barrel.

He was the most senior soldier left alive, but he knew death was imminent unless he changed the terms of engagement.

He spotted that the enemy arc of fire did not quite reach the edge of the field. He picked up a dead officer’s pistol and, with four men, dashed 250 yards along the treeline. On his own, with his men covering him, he sprinted the final 100 yards to the blindside of the blockhouse. 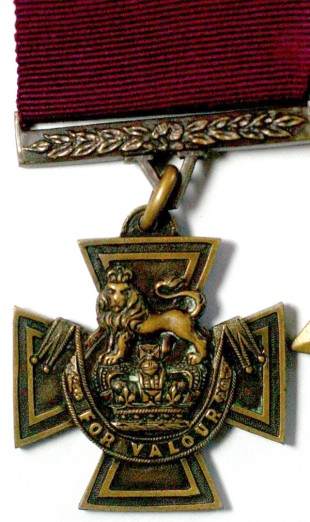 Then he spun round the concrete of the blockhouse to the slit at the front, through which the machine guns were firing.

Standard procedure would have been to lob a grenade into the blockhouse to blow up everyone inside.

Sgt Cooper apparently did not like such indiscriminate slaughter. Instead, he picked his moment to perfection and fired his pistol down the barrel ofthemachine gun, causing it to explode. Then he invited the 45 Germans inside to stop firing their seven remaining machine guns and surrender.

A German corporal tried to sneak off, so Sgt Cooper “disposed” of him, and the rest came quietly.

As he lined them up, other Germans fired at him, but they only hit their own men – Sgt Cooper was unscathed, although his backpack was shot to pieces.

A British officer arrived on the scene and reprimanded him for being ahead of the line of advance.

He was let off when his men explained that he had singlehandedly put out of action the guns which would inevitably have killed them.

“Of course I was frightened, ” he said later. “That’s what bravery is all about. You hide your fears and share your courage with the men.”

And that was that. 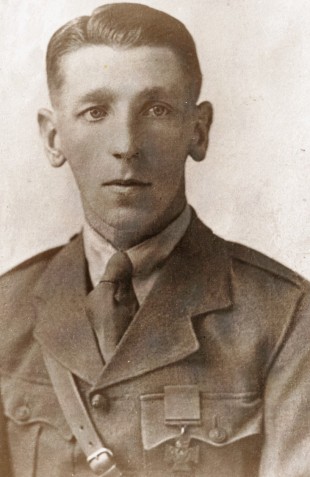 He thought no more about it, and went back to slogging through the bloodymud of the Somme. The following day, he and five men were buried by a shell.When they were eventually dug out, one of the five was found to be dead.

On September 10, a shell burst among his 29-man platoon. Twenty-seven of them were either killed or injured;

Four days later, he was sent home on leave. While waiting at King’s Cross station for his train to Darlington, his eye caught a discarded newspaper in which the latest gazette was published – an alphabetic listing of the latest recipients of VCs.

He was particularly taken by the listing of Chavasse N – a captain who had won a bar to his VC, an extremely rare award.

The name beneath Chavasse N was Cooper E. It was only after he had read and re-read the citation and the regimental number that he realised that Cooper E was in fact he.

“I could hardly believe my eyes, ” he told the Echo the following day. “I asked if I could have the paper as it had in it a bit of good news for me. I showed them the announcement, and they gave me the paper at once. I am keeping it as a memento.”

Then he calmly caught his train.

At Darlington, he was surprised to find his father and brother waiting for him. At Eaglescliffe station, he was shocked to find a large crowd had gathered, and he was amazed when he eventually arrived at Stockton at 11.20pm to be “cheered with the utmost enthusiasm”.

The Echo said: “He was seized by eager hands and, accompanied by thousands of people, was carried in triumph to his home at 12 Barrett Street.” 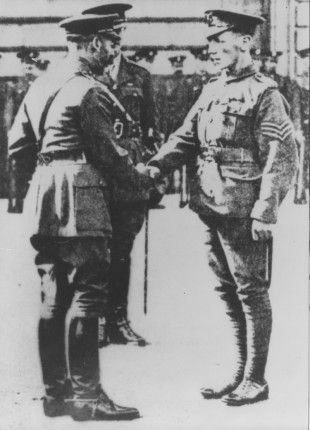 Some of them even removed the buttons from his uniform as souvenirs – ironic as he later said his first thought was to get home and burn his louse-ridden tunic so that his family would not see the terrible conditions of the trenches.

Rather like that scene in Monty Python’s Life of Brian, the crowd would not disperse until their messiah had addressed them from an upstairs window.

Then, promoted to the rank of major, he returned to the Somme. In another, unrecorded, instance of bravery, he won the French Medaille Militaire – an award he only learned of through the pages of The Northern Echo.

In peacetime, he returned to Thornaby and the Co-op where he worked for the rest ofhis life. Perhaps because of the outrage caused by the banquet suggestion, Stockton was slow to recognise him. On July 24, 1985, he was given the Freedom of the town and he died, aged 89, four weeks later.

His Victoria Cross is on display in the Green Dragon Museum, Stockton.