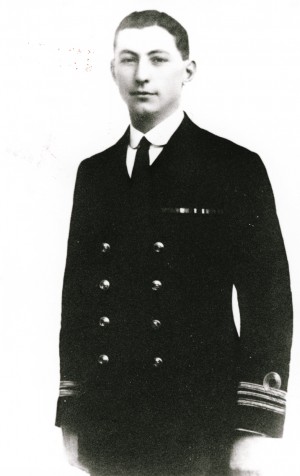 To commemorate St George’s Day, Chris Lloyd tells of a George who was born on that day and who fell on that day, giving his life for his country.

EARLY in 1918, the Royal Navy requested volunteers from within its ranks for an extremely dangerous mission. Singlemen were preferred because, in all likelihood, they would not be coming back.

Lieutenant Commander George Nicholson Bradford put himself forward. In doing so, he set in train his date with destiny.

To see his name on a list of volunteers would have surprised no one.

More than that, he had a score to settle and a point to prove. His two younger brothers had been killed in the previous year on the Somme.

George – who referred to himself by his initials GN, saying in a letter home: “a curious thing, I have never written George in my life” – also shared the British public’s frustration that the expensively-prepared Royal Navy had seen very little action.

And he shared his brothers’ streak of bravery.

BACK in 1908, on a dark night in the English Channel, he’d rowed a lifeboat for 15 minutes to rescue three men from a trawler which had been sliced through by a warship.

When it was discovered that a fourth, a young boy, was still on the sinking boat, GN had rowed back out, clambered onto the deck, disappeared down into the dark hold to re-emerge with the unconscious boy on his back.

Just as he reached the lifeboat, the trawler slipped beneath the waves.

Perhaps it was no surprise that the Bradfords should have such courage. They’d been born in Witton Park, an industrial village known for its toughness. Their father, the manager of Stobart’s collieries, was the caricature of a Victorian father: distant, tyrannical and probably violent. They changed schools regularly – walking eight miles to Darlington’s Queen Elizabeth Grammar School when they moved to a Morton Palms farmhouse – as he sought out ever more disciplinarian headteachers.

Possibly to escape such an upbringing, GN joined the RN in 1902. He modestly progressed through the ranks, becoming the naval welterweight boxing champion but seeing no real action until a brief involvement in the Battle of Jutland in 1916.

Then, early in 1918, volunteers were called for a raid on Zeebrugge, a Belgian port. German U-boats were playing havoc with British shipping and then slipping home through Zeebrugge and up a canal to Bruges where they were safely out of reach of the British.

The British plan was to scuttle three concrete-filled warships in the harbour to block the U-boats’ passage. To get the blockships in, the Germans’ defensive positions had to be taken out. To do that, an assault force had to be landed on the impregnable “mole”, or man made harbour. To prevent the Germans reinforcing their posts, a hole had to be rammed through the mole by an explosive-filled submarine. To prevent the Germans seeing anything, a dense smokescreen had to be blown ashore from the British vessels.

GN volunteered to captain Iris II, one of two assault ships that would accompany HMS Vindictive on its mission to take out the Germans’ defensive positions. 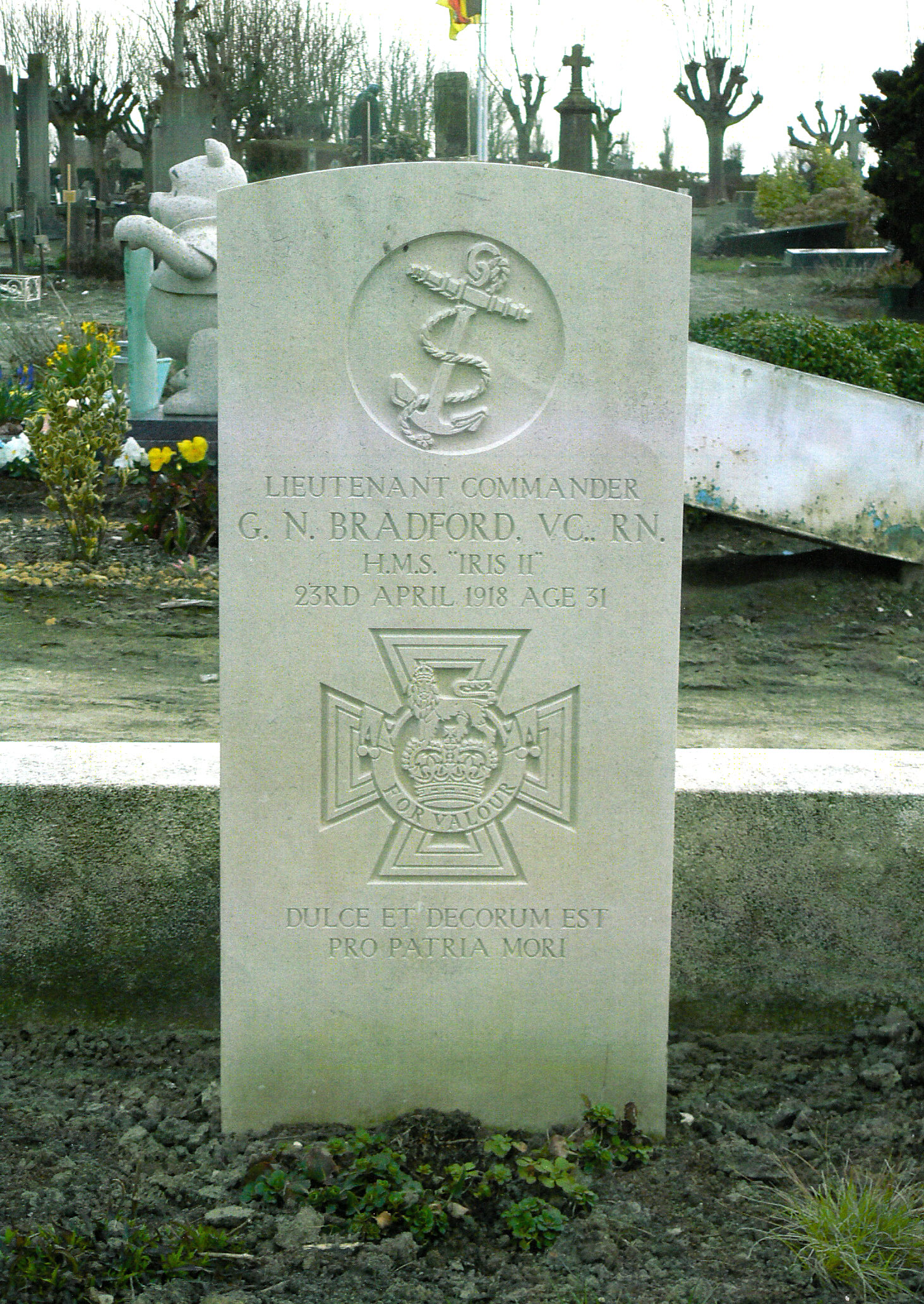 THE attack needed the right night, the right weather and the right tide. Twice in early April, the armada of 173 vessels and 7,000 men set out into the Channel only to turn back when the wind changed direction.

The next window of opportunity was April 22, a dark, windless night. Off they sailed, GN in charge of Iris, a Mersey ferry selected because its low draught allowed it to pass through minefields.

The operation was to unfold in waves. After the smokescreen, Vindictive’s attack would be followed by the exploding submarine which would create such mayhem that, finally, the blockships could slip into place and be detonated.

Fast-moving motorboats were on hand to pick up men from the submarine and the blockships. They weren’t expecting many takers.

The smokescreen was lit. Under its cover, Vindictive, Iris and Daffodil sailed towards the mole. At a minute past midnight on April 23 – into St George’s Day and GN’s 31st birthday – a wind sprung up, blowing the smokescreen back out to sea.

A quarter-of-a-mile out, Vindictive’s party was exposed and naked. Fire rained down.

The vessels raced into position, slapping huge waves against the harbour wall. “Up and down the waters leaped. . . boiling up and spewing out again as the Vindictive bucked and reared in turmoil, ” said a survivor.

Daffodil pushed a badly-damaged Vindictive into place, gunfire washing the decks with the water. GN steered Iris around Vindictive. His men placed their landing ladders against the wall, but they snapped with the swell. It was no good – Iris had to be secured before the landing could begin.

GN grabbed a parapet anchor and climbed to the top of a deck derrick, or crane. As the waves raised Iris up, he leapt, timing his jump perfectly so that he landed on top of the wall.

Now, he was in full few of the Germans. It was only a matter of time.

The citation for his posthumous VC read:

“Immediately after hooking on the parapet anchor, Lt Cmdr Bradford was riddled with bullets from machine guns and fell into the sea between the mole and the ship. Attempts to recover his body failed.

“His action was one of absolute self-sacrifice; without a moment’s hesitation he went to certain death, recognising that in such action lay the only possible chance of securing Iris II and enabling her storming parties to land.”

In the midst of this mayhem, two blockships sunk into place, blocking the canal. The operation – despite the loss of 170 British lives with another 445 wounded or missing – was a success. Temporarily the Germans were hindered until they dug around the obstacles; permanently British confidence was restored in the Navy.

POOR Amy, the Bradfords’ mother, had to go to Buckingham Palace for a third time to collect a posthumous honour.

Her sole surviving son, Thomas, wrote to her:

“We have just got to bear up and look at it from George’s point of view, a glorious career, nobly, and for him happily, ended.”

On April 23 every year until her death in 1951, she placed a notice in the memorial column of The Times, commemorating the sacrifice of her sons and recording that one of them was both born and killed on St George’s Day.

With thanks to Allan Newman and Harry Moses.