A corner of an English field forever Belgium 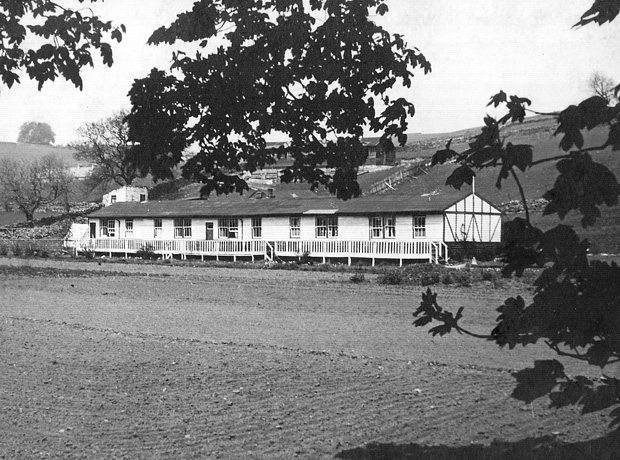 ‘THEY came back from church on a sunny day with a blue sky, and sat down to Sunday lunch. Suddenly, Scottish soldiers in blue kilts rushed down the streets shouting ‘the Germans are coming’ and they left their lunch on the table and went flying down the street to the station. There, the stationmaster said ‘get in, it’s the last train’ and so they escaped in a cattle-truck.” That’s how the Le Dune family fled their homeland of Belgium in the face of the Kaiser’s invading army. They ended up among a remarkable community of their countrymen – living in Birtley.

About 6,000 First World War Belgians, including 1,200 children, were the residents of a model village built for them in the North-East so that they could work in the nearby munitions factory. “It must have been a remarkable place,” says Dr Leon Le Dune, a Chester-le-Street GP whose grandfather and father came to Birtley in 1915. “It was a bit of Belgium transplanted and put down in this part of the world.” As 1915 began, the high hopes of the war being over by Christmas 1914 were dashed, and Britain was digging in for a long haul for which it was ill-prepared.

Of great concern was the country’s shortage of munitions and in the Spring, the “Shell Scandal” toppled Asquith’s Government and Lloyd George became the new Minister of Munitions. With the help of private companies, like Armstrong-Whitworth of Newcastle,he began building National Projectile Factories, but workers were needed as well.

Lloyd George turned to Belgium. It was a small and comparatively new country, having been formed in 1830 with the promise of British protection – it was that promise that dragged Britain into the war when the Kaiser broke across Belgium’s borders, inflicting schrecklichkeit (terror) on the eight million population. Twenty per cent of them, like the Le Dunes, were made homeless.

Those refugees who were unable to fight – many because they were injured – were asked to help the Allied war effort by making munitions.

“It’s a little mysterious why my family came over,” says Dr Le Dune. “My uncle came first and was followed by my father, the youngest of six children. Then my grandfather and grandmother came accompanied by two aunts. They were very committed Christians and I think one of my uncles was a conscientious objector so that may be why they were offered work at the factory.” It was hoped that the refugee workforce would find lodgings in Birtley, but as the scale of the project grew, it was decided to build a proper village. The village was named Elisabethville after the Belgians’ Queen.

The single men slept in hostels; the families in cottages complete with electricity and indoor toilets which flushed – accommodation superior to that enjoyed by many Birtley natives. The community was completed by schools, shops, churches, a hospital anda gendamerie.

This led, on December 21, 1916, to an infamous riot when a workman was imprisoned for wearing civilian clothes. An angry crowd attacked the gendamerie; a gendarme who had been hit opened fire, wounding a small boy. Calm was restored only when the prisoner was released.

The riot had been a while coming. There were tensions between the Flemish workforce and the Walloon management, and the severe military discipline was not suitable for a family village. A committee of inquiry investigated. It relaxed the discipline, madethe community more open – which enabled the Belgians to frequent more Birtley pubs – and replaced the gendarmes with British bobbies.

However, it wasn’t until the celebrations of Armistice Day in 1918 that the people of Birtley received their first open invitation to Elisabethville. It was also their last, for the Belgians quickly returned to their liberated homeland.

There is, though, a scattering of Belgian surnames in the North Durham phonebook. Some single men naturally became friendly with local lasses, and about 30 families are believed to have remained in Birtley.

“It is conjecture why my family stayed,” says Dr Le Dune. “They went back for a while and tried to settle in a country ravaged and raped by war, but it was no longer the country they had left.” In fact, the North-East of England was more like their old country for the Le Dunes hailed from a coal-mining community near Mons that was similar to County Durham.

The strongest pull back to Birtley, though, was that they’d left one of their number behind, buried in Chester-le-Street cemetery. “I don’t think they’d really completed their grieving for my uncle Edmund,” says Dr Le Dune. “He was a foreman at the factory and he was killed in an industrial accident at the age of 23 in 1917. Somehow a bar of steel had become trapped in a lathe and as he passed it, it flew out and struck him over the head. His skull was fractured and he died ten days later of meningitis.” There was some tension between the Birtley Belgians and the indigenous Birtleyonians in the early days – possibly caused by jealousy over their superior living conditions – but eased as the war progressed. However, when Dr Le Dune’s father proposed marriage to a Newcastle girl, the ill-feeling resurfaced.

“My father’s formal education ceased at the age of 12 but after the war he got hold of some knitting machines which were operated manually,” says Dr Le Dune. “With his father and sister, he operated these things at home making stockings. When they got anorder from Bainbridge’s they worked until two or three in the morning, and he built it up so he had a small factory employing 20 people at looms.

“Lilian Stonehouse, my mother, was one of his employees, but her parents were bitterly opposed to the marriage. That caused a great deal of suffering until subsequently things improved and he felt accepted.” The scattering of surnames in the North Durham phonebook is one of the last visible remains of the Belgian population of Birtley. The contents of the houses were auctioned as soon as the refugees had departed in May 1919 – the Daily Mail describing it as”the largest furniture sale on record”. Some demolition soon followed but enough was left for JB Priestley, on his English Journey of 1934, to describe Elisabethville as “a nightmare place that seemed to have been constructed out of small army huts and More demolition followed although the school clung on until the 1960s. Today, only a couple of buildings exist. They are used as light industrial premises, and stand near a street named Elisabeth.

And in the town cemetery, there’s a small plot of Belgian graves. The plot was larger but during the 1926 Strike unemployed men were given the unpleasant task of exhuming some bodies for repatriation to Belgium.

Sadly, the 13 graves that remain to act as a reminder of a remarkable community and to make a corner of an English field forever Belgian, are frequently vandalised.