Out of the trenches 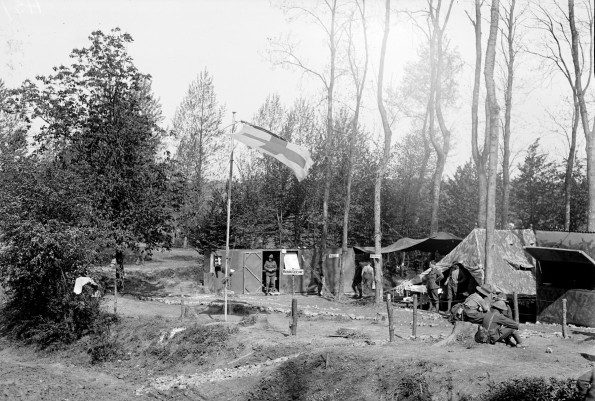 DEPRESSING: A New Zealand field hospital in the woods at Bus Les Artois, where the Durham Pals were billeted after their first taste of life in the trenches

AFTER their baptism of fire during their first five days in the trenches, the Durham Pals received the order to withdraw, and at 8pm on April 3, 1916 they were relieved by the 12th Yorks and Lancs.

During their first five-day taste, they’d been constantly under threat of sniper fire and mortar attack, and had lost one man killed and another wounded. They must have been pleased to leave the water-logged trenches and pull back to temporary billets at Beaussart, just behind the frontline near Arras in northern France.

The following evening, the 18th Durham Light Infantry – formed soon after the outbreak of the war from groups of friends from across the county – were on the move again, this time to a camp made up of huts in the woods near the tiny village of Bus Les Artois, where they arrived on April 4.

It was further back from the frontline, and therefore safer, but the Spartan conditions they found were so bad, many of them wished they were back in the trenches. The battalion history described their new home as “a cold and depressing hut camp in the wood”.

This would be the Durham Pals’ home until April 20, where they were supposed to have a rest ahead of their next taste of life in the frontline trenches and undergo further training for the battle to come.

The battalion war history, written in 1920 by Lieutenant Colonel William Douglas Lowe, recorded: “Our huts had no windows, no doors in the doorways, no floors and no furniture of any description. 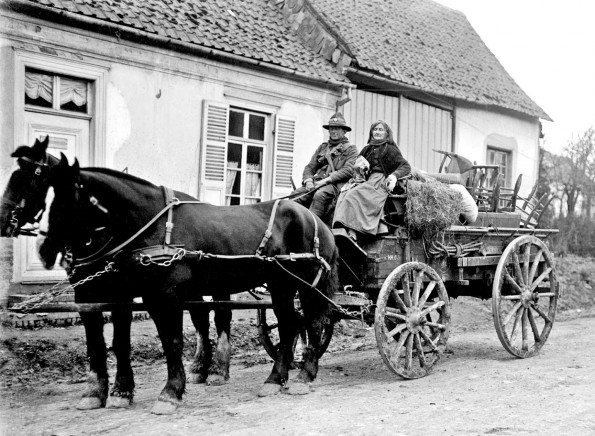 RURAL: The village of Bus Les Artois during the First Wold War

“Here we entered on a period of training for a fortnight, passed through gas chambers, threw bombs, fired rifle-grenades and watched the Light Trench Mortar Battery carrying out terrifying and dangerous entertainments with their Stokes mortars.”

Soldiers on the Western Front were regularly rotated between the trenches and the reserve, but life behind the front was far from easy, with units in the reserve used for the back-breaking work of hauling supplies up towards the front or for shoring up communication and defence trenches.

Writing home, Private William Weatherley, who had been a teacher, said: “There followed a sixteen days’ rest. Strange how the Army has developed a habit of misrepresenting the meaning of certain words. Fatigues and working parties were again in vogue.

“During this time we lived in huts, comfortable in many ways but not altogether waterproof, a feature which greatly added to the discomfort of those who returned to camp wet through, the rule rather than the exception at that time.

“Perhaps this served as a kind of preparation for our next spell in the trenches.”