Pals under shellfire day and night 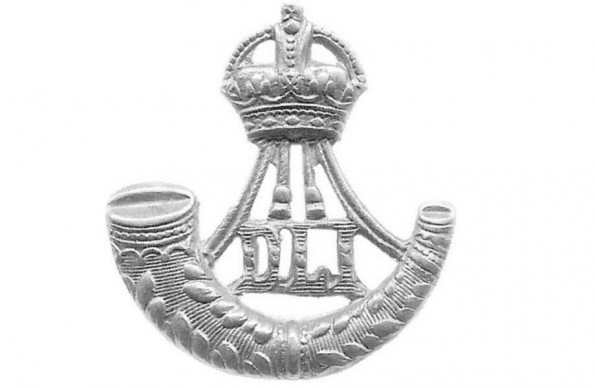 The famous badge of the Durham Light Infantry

HISTORY books say that the Battle of the Somme began on July 1, 1916, but that was not the reality experienced by soldiers in the trenches.

Every soldier on the Western Front, German and Allied, knew battle was coming: perhaps not where or when, but they knew the Big Push was just around the corner.

Reinforcements poured into the Somme sector and for weeks German artillery pounded the new concentrations of British recruits: intelligence-gathering raids across No Man’s Land to scout the ground and test the wire increased and the rate of daily attrition to mortars and snipers soared.

On June 4, 1916, the 18th Battalion of the Durham Light Infantry – better known as the Durham Pals – was moved forward from the comparative peace of their training grounds at Warnimont Wood to the small town of Courcelles, just behind the frontline and in range of the German guns.

The battalion war history, written by Lieutenant Colonel William Douglas Lowe, recorded: “Owing to shelling, trenches for bombardment cover had to be dug outside the village, and in these we lived more or less continuously.

“At the same time, a beginning was made of evacuating the French civilians who, especially the farmers, still remained at work.”

Dug into their trenches outside the village, the battalion endured a miserable month as preparations for the battle continued.

Lieut-Col Lowes wrote: “During this period there were endless working parties up the line, digging assembly trenches for the attack, building mined dug-outs and aid-posts and carrying out all the thousand-and-one tasks necessary to the success of a great assault.

“In many cases the battalion had to march at night seven miles to its task, often under heavy fire, and carry out the task under fire and return seven miles under fire.

“What the troops endure, they only can know who did it night after night – and all the time the casualty list grows longer.

Machine-gunner Lance Corporal Charles Moss: “The billet I was in received a direct hit while I was out on a fatigue party with the result that we had to dig some trenches further in the rear in which to live.

“It was impossible to get any sleep during the night because of a heavy long-distance battery and a great Howitzer belching all night long.

“We were on fatigues carrying ammunition during the day and Plumb Pudding mortar shells to dumps in the line, the shells were brutes to carry; they were about the size of a football with a steel shank attached.

“Many of these never reached the dumps because some of the carriers, to save themselves from struggling down the trench with them, just tipped them into the deep gulleys which crossed the communication trenches.”