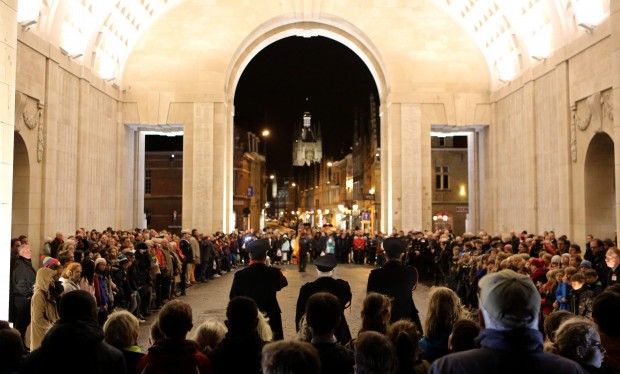 STUDENTS from North Yorkshire will be amongst a party of pupils travelling to Belgium to collect soil from the battlefields of Flanders.

Pupils from Northallerton College will joining other students from across the UK in taking part in a special Last Post Ceremony under the Menin Gate in Ypres. The British schoolchildren, from 62 schools in the country, will be taken by Eurostar on Saturday (November 9) ahead of a ceremony on Monday (November 11) to pay tribute to those who fell in the First World War at Menin Gate.

They will also be travelling to Belgium to collect soil from the battlefields of Flanders, which will be brought back to the UK as part of the Flanders Fields Memorial Garden project.

The garden at the Guards Museum at Wellington Barracks, near Buckingham Palace, will open in November next year.

It will be the first of several memorial gardens to open around the world to commemorate the centenary of the First World War.