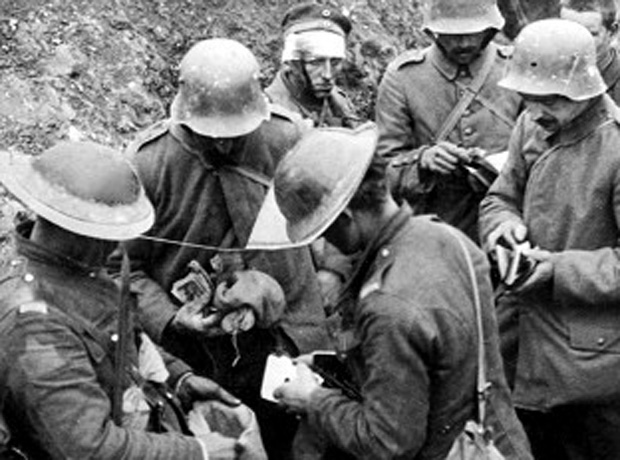 Lonely soldiers looking for love during the First World War proposed to women they had never met after being sent letters to the trenches, records show.

Young women were encouraged to write to servicemen fighting on the front line to kindle relationships – and some eventually led to marriage.

In 1915 the Hull Daily Mail reported that through a local scheme, a housemaid named Mary was able to win the heart of a lonely soldier by sending a bottle of whisky concealed in a cake.

The young soldier was so thrilled by her gesture that when on leave he paid her a visit and the pair got engaged within 72 hours of first meeting.

Newspapers also published lonely heart adverts from soldiers in “Matrimonial” columns where men attempted to meet young women with the view to marrying them.

The Western Daily Press published an article in 1914 called Friends Wanted For Lonely Soldiers in which they called out for friends for soldiers on the front to come forward.

“There are many lonely men, who have no friends able to send them small comforts in the shape of tobacco, cigarettes, socks, scarves, gloves,” it said.

But in 1915 Bishop George Frodsham raised concerns in the Cheltenham Chronicle about young women being allowed to answer advertisements from “lonely officers” without any supervision.

Describing the outcome as “disastrous”, he wrote: “Is it wonderful to learn that some such hastily made wife has sought protection in a court of law against a relationship that became intolerable almost at once?”

Other records show “War Weddings” in which newlywed couples are pictured after tying the knot.

Rhoda Breakell from Genes Reunited said: “We have been doing lots of research into the lives of those left behind during World War One. The number of marriages that were founded on a simple letter of correspondence fascinated us.

“It is very touching to read about the response from local communities and the lengths they went to, to find companions for those men left lonely on the front line, although these relationships were not agreed with by all.”

The contemporary newspaper records from the period can be searched online at the family history website Genes Reunited.

The collection features 515 million records, 780 million names and community boards to connect with family past and present.