Turning back the clock… 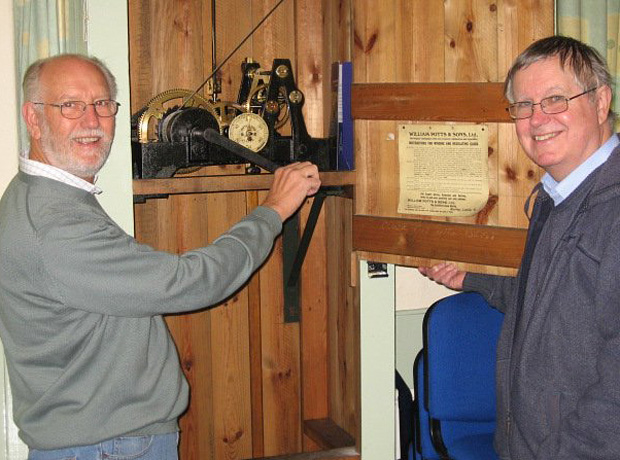 Peter Nattrass, left, and David Heatherington at the control point for the clock inside the hall

DALE villagers chose wisely when they put up a large clock in memory of 13 local men who gave their lives in the First World War.

The double-faced timepiece they bought for £130 has shown the correct time consistently for the past 93 years. It has become a valuable landmark in Westgate – and is a useful timecheck for thousands of people who travel up and down the main road in Weardale every day.

They are all missing it at the moment as it has been taken down for repairs that will cost £10,800. But it will be back on the front of the village hall for the 100th anniversary of the war’s outbreak next year, and is then likely to keep perfect time for many more decades.

Fund-raising efforts are now going on to pay the bill – and some folk have called at the home of hall treasurer Peter Nattrass to hand in donations.

“That shows the genuine feeling there is for the clock, ” he said. The 13 soldiers who paid the supreme sacrifice are named on a stone tablet beneath the clock. 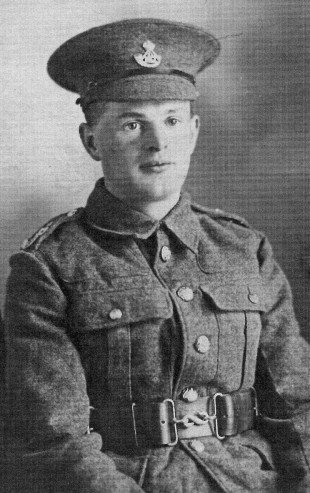 They include two brothers, John and William Coulthard.

Nine were in the Durham Light Infantry. Also named on a roll of honour are 41 other Westgate men who served in the war and survived. Most probably attended a ceremony at which the clock was unveiled in 1920 after being supplied by William Potts and Sons of Leeds.

The firm’s catalogue from which it was chosen is still in the hall records, along with a receipt for £130, signed over a red George V tuppenny postage stamp.

There is a simple control box in a cupboard in the hall. It has to be wound up once a week, a task mostly done by Eric Antal when he arrives toplay bowls. But if he is not there the winding is done by Mr Nattrass, who says: “It has always been extremely reliable.

It has been stopped occasionally by snow or ice, but apart from that has always worked well. It is a wonderful asset to the area.”

Hall chairman David Heatherington describes the timepiece as magnificent, but feels some people don’t realise it is a war memorial.

“It serves to remember not only of our own troops who died but all the men and women who have fallen while serving their country, ” he stated. A later roll of honour lists 11 Westgate men killed in the Second World War. They are E. Anderson, J. Elliott, P. McGirk, N. Muschamp, M.Peart, L.T. Raine, H. Ross, M. Race, N. Shilsher, C. Wall and D. Woods.

It also names 34 who got home safely. Another scroll honours six airmen who died when a Wellington bomber crashed on Westernhope Moor in 1943.

The fund raising is going well. Over £4,000 has been promised, including £2,000 from County Councillor Anita Savory’s community budget. There are hopes that a healthy sum will come from the Weardale Action Partnership.

The parish council is expected to chip in and a bumper raffle is being organised. John Guyan is planning a weekly sweepstake and several village organisations are giving support.

The village hall will match the sums raised, up to a total of £2,000. There are two other war memorial clocks in the dale, at Wearhead and Frosterley, but they each have only one face and are fixed flat against walls.

The hall, originally known as the Men’s Institute, has steep steps inside, so it has an amenity that few others possess: a sit-on stairlift.

Despite its fine qualities the clock is stopped now and then for an unusual reason.

During musical evenings some performers are distracted by its sturdy ticktock and ask for it to be silenced until their act is over.